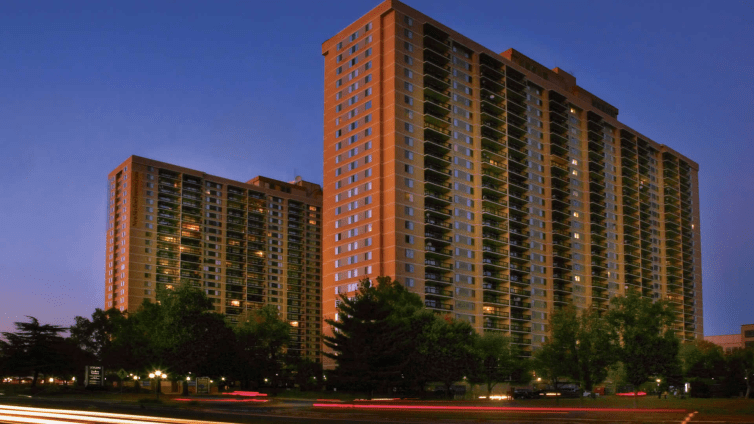 CIM Group has acquired Skyline Towers, a two-building, 939-unit multifamily community in Falls Church, Va., from Equity Residential, according to JLL, which represented the seller in the deal.

The sales price was not released. The complex last traded hands for $165 million in 2005, when Equity Residential purchased it from Fairfield Residential.

Located at 5599 Seminary Road within the Bailey Crossroads submarket, the 1970s-era Skyline Towers each stand 26 stories high. The rentals include studio, one-, two- and three-bedroom units, with more than one million rentable square feet. Amenities include a fitness center, game room, screening theater and salon.

The property is situated approximately six miles from Amazon’s future HQ2, and about five miles from Downtown Alexandria. Nearby retailers include a Target and a Giant-anchored power center.

CIM Group has been busy this month in Northern Virginia, as it also recently began construction on the redevelopment of the former Crowne Plaza Hotel at 901 North Fairfax in Old Town Alexandria, transitioning it into a 13-story, 122-unit upscale residential condominium tower. The firm acquired the property in early 2019, alongside co-developer Carr Companies.

Walter Coker and Brian Crivella of the JLL Capital Markets team represented the seller in the deal.