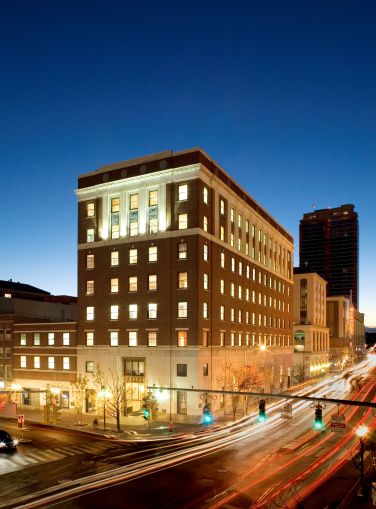 The three-year loan will help facilitate the roughly $14 million conversion of roughly 94,000 square feet of mixed-use office and retail into a 77-unit rental property, with 17,000 square feet of commercial space. This deal marks ACRES’ first foray into the Stamford market, according to the firm.

“One Atlantic has enormous potential for a repositioning, as its prime, downtown Stamford location makes it perfectly suited for a multifamily conversion,” ACRES managing partner of originations, Marty Reasoner, said in a prepared statement about the project, which was approved by Stamford Zoning Board in August and is line to be called the Shops and Residences at One Atlantic. “Fueled by its proximity to Manhattan, the recent population surge in Stamford has directly influenced its multifamily market, leading to low vacancy and an ideal opportunity for high-quality apartment units. Stone Harbour’s strong sponsorship and local experience will ensure that One Atlantic can provide value to a variety of residents.”

The property sits at the corner of Atlantic and Broad Streets in the center of Stamford’s central business district, which has seen somewhat of an explosion of multifamily and retail development this year. The original office site comprised two adjacent properties — eight-story and three-story office buildings — that included ground floor retail. While the office sector in the city and in Fairfield County has labored with high vacancies, a conversion to leverage the uptick in demand for rental units made sense, according to Reasoner.

“[Stamford] is a market that is trending in the right direction, and we’re excited about a conversion and the demand for this type of product in the market,” Reasoner said. “And having a sponsorship group you know and that has had success in this market makes it exciting.”

Along with the demand for this asset type, it sits a block away from the University of Connecticut’s Stamford campus, which has been expanding, recently creating its first dormitory — a 116-unit building at 900 Washington Boulevard that was built by RMS Companies and opened in 2017. One Atlantic is also about a half-mile walk to Stamford Station, which has regular express and local service to Grand Central Terminal in Manhattan.

The property previously hosted Bank of America and Citizens Bank branches in the ground-floor retail space, which will be redeveloped to feature five sets of double doors and visible signage along Broad Street; the retail plans were approved by the city’s Historic Preservation Advisory Commission, according to information from ACRES. Stone Harbour is planning to turn the building’s basement space into a dining and nightlife venue, as per information form ACRES.

Other office tenants included Hong Kong-based transportation company Pacific Basin Shipping and Stamford-based financial services companies RiverOak Investment Corporation and Quarve Associates. Reasoner said Stone Harbour will gradually convert the space to apartments as the existing leases for these office tenants expire. The plans call for the completion of 19 studio apartments, 40 one-bedrooms and 18 two-bedroom units by 2032, as per an August report from Westfaironline.

“[ACRES] quickly understood the complexities associated with the conversion process and stepped up to deliver a customized loan package ideally suited to meet the project’s objectives,” Stone Harbour principal Rick Aurilio said in prepared remarks. “We look forward to working with their hands-on servicing team to deliver the new Shoppes and Residences at One Atlantic to the Stamford marketplace.”

Originally built in 1930, Stone Harbour bought the property for around $18.2 million in August 2016, as per Stamford building records, and it was last appraised in 2018 at a valuation of just over $17 million.

Stamford has experienced a boom in multifamily investment as of late as the city has been targeted as a landing spot for millennials who might want a cheaper alternative to New York and whom many investors and analysts who previously spoke to CO see as eager to move out of bustling metropolises. In turn, certain strips within the city’s central business district, such as Atlantic Street and Washington Boulevard, have experienced a wave of fresh rental development. “Daily needs” retail has followed.