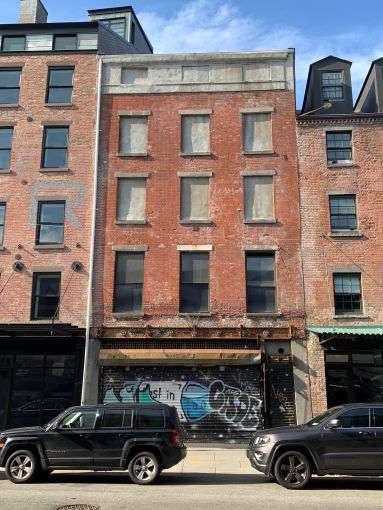 An executive at Tribeca Pediatrics, which runs a popular chain of children’s medical offices, has acquired a historic building in lower Manhattan’s Seaport District with plans to redevelop it into its corporate headquarters, Commercial Observer has learned.

The practice’s founder, Dr. Michel Cohen, acquired the four-and-a-half story, 8,283-square-foot property at 107 South Street for $6 million, according to Will Suarez, a managing director at JLL, who handled the sale. The landmarked property, which has sat vacant for at least a decade, is situated between Peck Slip and Beekman Street and is across from the former Fulton Fish Market and Pier 17.

“It’s on the waterfront, it’s historic,” Suarez said. “It’s close to where it all began [for Tribeca Pediatrics] in Tribeca, and the Seaport itself is really attractive.”

The seller was an entity linked to Queens-based private investor Michael Perretti, according to CoStar data.

Tribeca Pediatrics will gut renovate the 1900s-era property and restore the brick façade, Suarez said. The upper floors will house its corporate offices while the ground floor, sized at roughly 1,800 square feet, will be leased to a retail tenant. The company may build a penthouse addition, utilizing the property’s 3,823 square feet of air rights, but that’s dependent on approval from the landmarks committee.

“We are excited to restore this unique property and to contribute to this vibrant and historic neighborhood just steps away from our flagship offices in Tribeca,” Dr. Cohen said in prepared remarks.

The medical provider currently runs its corporate operations out of 11 Park Place in Tribeca, which is around the block from its flagship location at 15 Warren Street. The practice has grown to include almost 30 locations concentrated mostly in Brooklyn and Manhattan.

Dr. Cohen has also been busy growing his real estate portfolio, and is in the midst of developing a nautical-themed art gallery in Red Hook at 202 Conover Street, according to a Brownstoner report. He also owns the Boerum Hill sushi joint Taiki and ran the now-shuttered Mediterranean restaurant Saleya in Tribeca, according to media reports.

“He’s really an entrepreneur and he’s becoming more of a developer and a real estate investor,” Suarez said. “He’s kind of a cool guy, and he wants to be on the cutting edge.”

JLL’s team also included Patrick Mullen and Harry Hochman. The firm is also in the midst of marketing neighboring sites at 112 and 113 South Streets, Suarez said.

Update: An earlier version of this article incorrectly stated Dr. Michel Cohen is the co-founder of Tribeca Pediatrics. He is the sole founder of the practice.