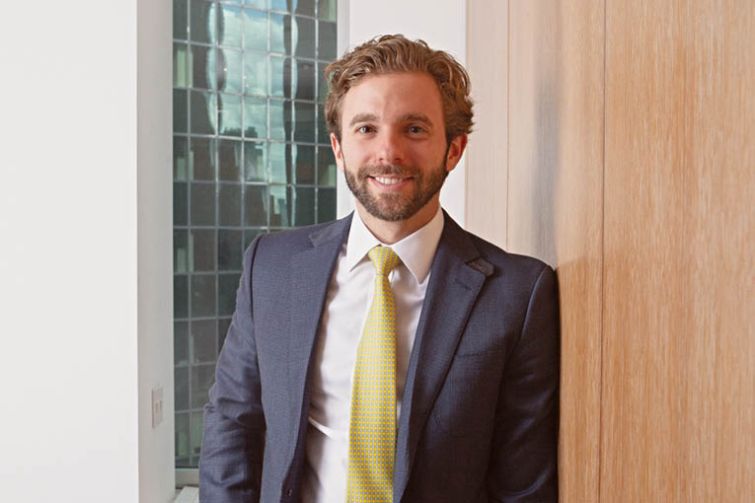 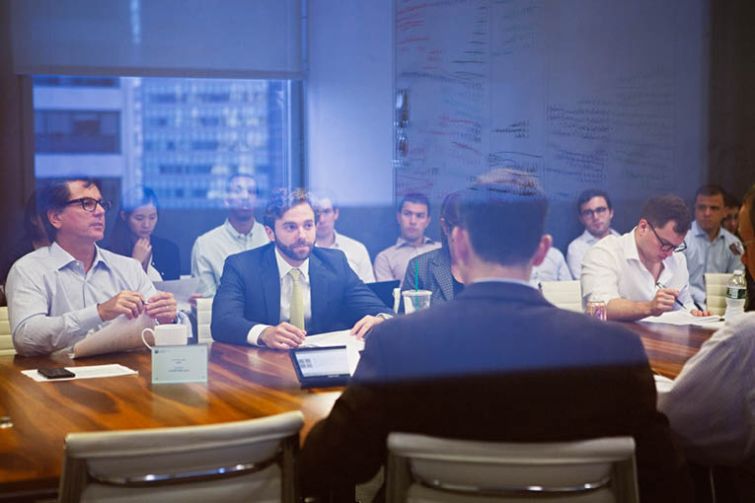 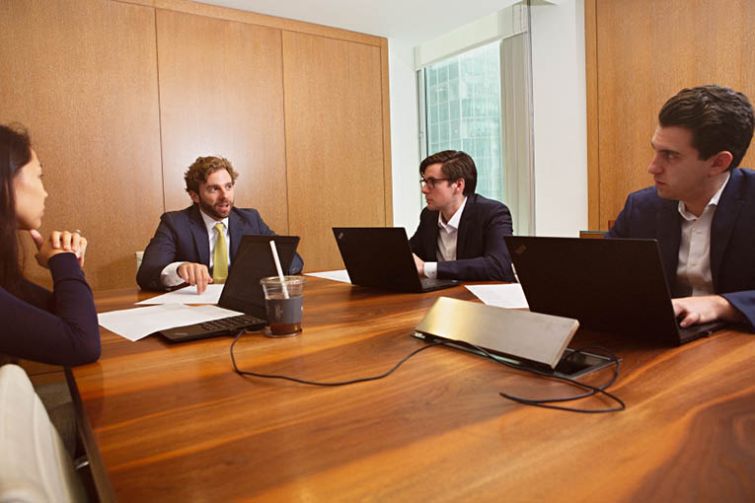 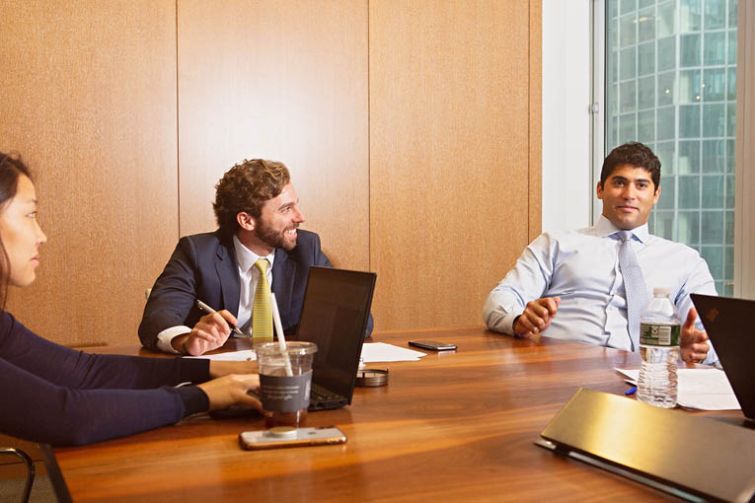 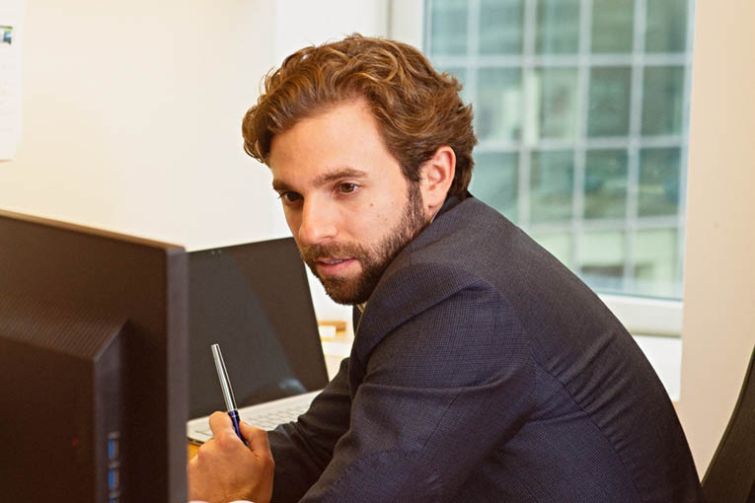 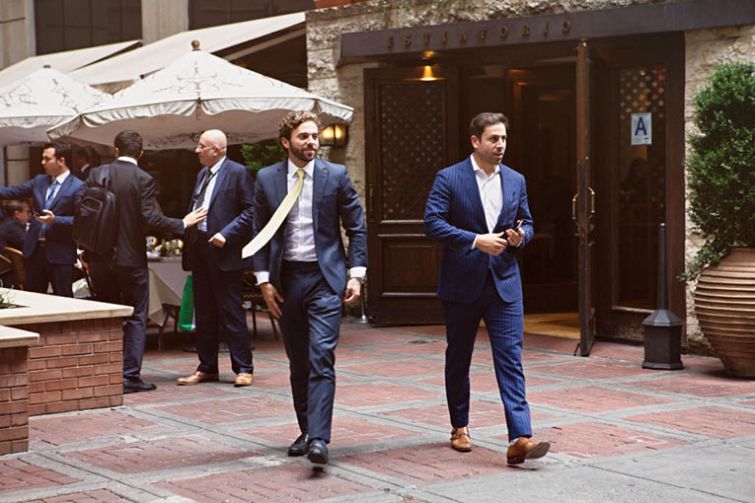 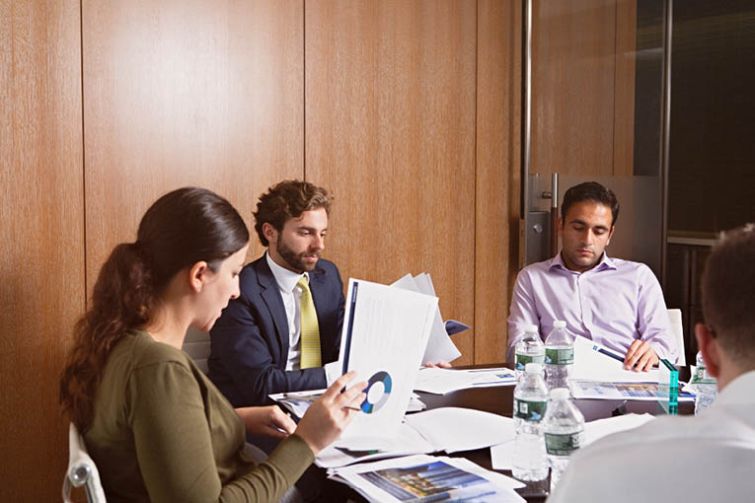 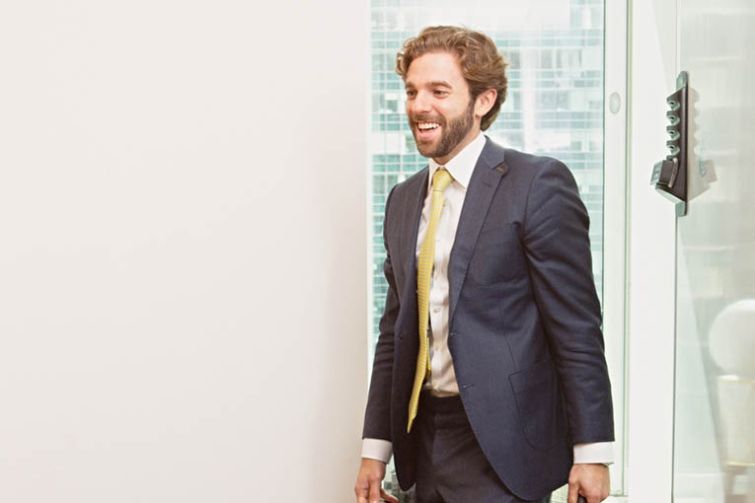 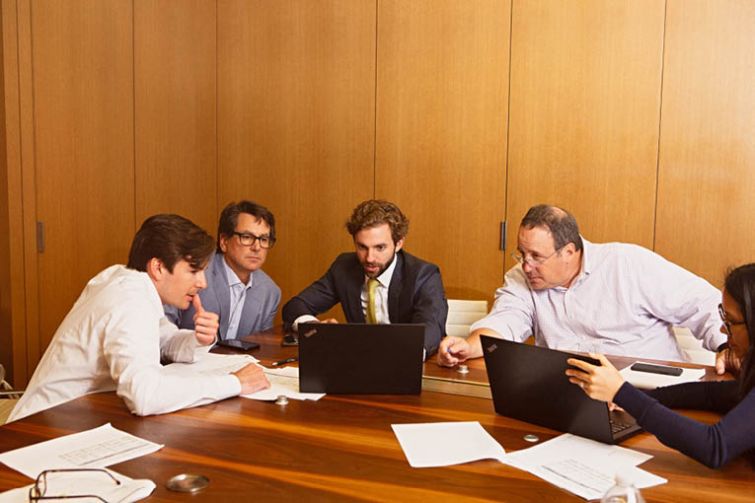 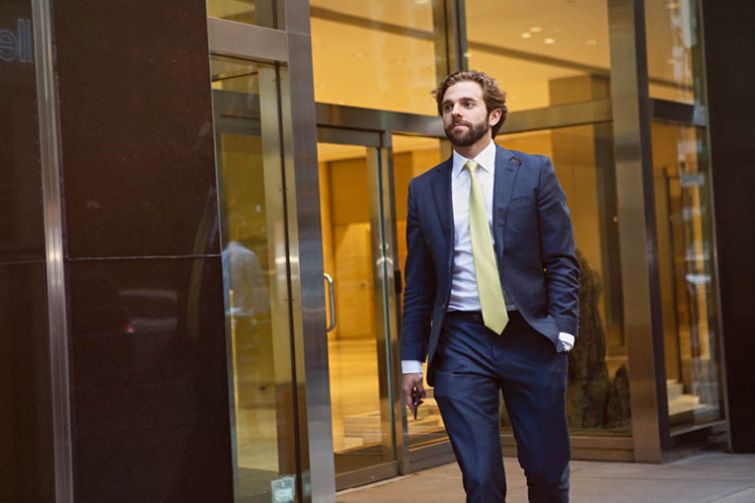 The Square Mile Capital Management principal grew up at 11th Street and Broadway in Greenwich Village and today lives in an apartment building near 16th Street and Sixth Avenue.

Reimer, 33, oversees the sourcing, negotiation and closing of all of the firm’s debt transactions across the Northeast and Midwest.

He typically wakes up at 6 a.m.

Today is Tuesday. On Tuesdays and Thursdays, he treks to 19th Street between Fifth and Sixth Avenues for a 7:30 a.m. functional high-intensity interval training group exercise. On Wednesday and Sunday nights he plays organized basketball games in reserved gyms at two prominent Manhattan private secondary schools.

To get to Square Mile’s New York offices at 350 Park Avenue, he usually takes the subway but may take a car, depending on the day. He hates traffic. Today, he took the train due to traffic congestion and security associated with the U.N. General Assembly.

On this particular day, he has five in-office meetings, lunch with a broker, and endless calls and emails in order to tie up loose ends on the deals he has in process. Often his days are more dominated by sourcing new business, but “because I have six live deals” worth about $1.5 billion, “a lot of today was taken up by calls on those deals, working through issues, calls with attorneys and with borrowers,” he explained.

His office, sandwiched between the offices of chief credit officer Brad Cohen and managing director Mike Lavipour, is tidy. Under a window on the far side of his office is a drawer, on top of which stands a 1st place trophy — modeled after an NBA Finals trophy — from a Chelsea Piers basketball league that he and Lavipour won in 2016. With it are plaques showcasing deals he’s closed, such as a $115 million Square Mile loan that Hampshire Properties sealed on 1277 East 14th Street in July 2018.

On the right side of his desk are three stacked books including Paul Kalanithi’s memoir “When Breath Becomes Air” and Charles Duhigg’s “The Power of Habit.”

Behind his chair is a whiteboard that takes up the entire wall, floor to ceiling. On it are two hastily written columns, side by side: “Active deals” in blue and “term sheet” in green.


Reimer gets into the office, iced coffee in hand and with a grin on his face. He skips grabbing breakfast from the kitchen. He’s in a dark blue suit, sporting a maize-yellow patterned tie — the colors of his alma mater, the University of Michigan. Today is Tuesday, meaning his first stop is a weekly “pipeline meeting” at 9:15 a.m. “It’ll be faster today, because Craig’s not here,” Reimer said, referring to Square Mile CEO Craig Solomon. Reimer, with senior managing director Jeff Fastov seated to his right, is joined by other department heads, analysts and junior team members to talk investment strategies and “to keep the company updated across the platform.”


Following a short call with the parties involved in one of his active deals — a sizable loan for a prominent Financial District asset — Reimer and one of his associates, Michelle Kim, step next door to discuss deal updates with Cohen. Reimer and Kim then rally his other two team members, analysts Perry Katz and Neil McQueen, into a conference room for a junior team meeting to discuss ongoing deals. It lasts about a half hour.


After some calls, he and his team of three reconvene to hash out the impact of expected tax credits on cash flows for an ongoing deal in New Jersey. Half an hour later, the meeting is interrupted by principal Samir Tejpaul, who heads up capital markets with Lavipour. Tejpaul wants a breakdown from Reimer and his team on the timelines for when their six active debt deals will be wrapped up.


Prior to a scheduled “kickoff” call with the counterparties on a potential debt deal involving a new Boston office and life sciences development, Reimer was asked about the most challenging aspect of his day. “I’ll tell you after this call,” he joked, later saying that he and his team have been working this deal — the first life science deal in Square Mile’s history — for a year and a half.

“Working through issues where you might not see eye-to-eye with a counterparty is challenging,” he said. “I have to find a solution that works for both sides and leaves the counterparties walking away feeling good about the transaction, the deal they got, and the way you solved issues that came up.”


Just a few minutes to one o’clock, Reimer leaves to walk a few blocks to Avra Estiatorio at 141 East 48th Street for lunch. He meets with Keith Kurland, the former JLL mortgage broker and co-founder of brokerage AKS Capital Partners, to discuss two active deals in which they’re involved and also new business. Earbuds in place and phone in hand, Reimer then heads back to the office.


Reimer arrives back at the office from lunch around 2:15 p.m. Fifteen minutes later, he enters a meeting with three others to go over the content for a planned investor presentation on construction lending opportunities.

“We want to make sure we appropriately lay out the market opportunities, what’s out there and what kinds of returns they’ll generate,” Reimer said. “We provide a summary of our capabilities, the types of deals we’ve closed and how they’ve performed.”


In between meetings and calls, he’s up to speed. “[At this point], right when [a deal] comes in, I know if we can compete,” Reimer said. “We usually get in 30 or 40 deals per week, so you have to filter through. Ten percent of those we’ll [bite on] and we’ll probably win another 10 percent of that. It’s quite a funnel. Our deal size ranges from $75 million up. We’re leveraging our positions, and our leverage is usually only 25 percent of a total deal, so bigger is better.”

In his office, he keeps an “office putter,” two practice golf balls and two course-quality balls to practice his putting. He said his game “is trending up ... my handicap is trending down,” adding that he’s been playing golf since he was 13 years old and has gotten in around 25 rounds since April.


Reimer and team members Kim and McQueen — armed with laptops — enter a new business meeting with the heads of credit strategies, Fastov and Cohen, to go over new debt opportunities. One possible deal that sparked a debate was a sizable, over-$150 million pre-development loan for a massive planned mixed-use project in Chicago. The meeting lasts about an hour.


Following a lengthy call with “legal” related to an ongoing transaction, Reimer readies himself to head out and walk to a large industry dinner and drinks event several blocks away.