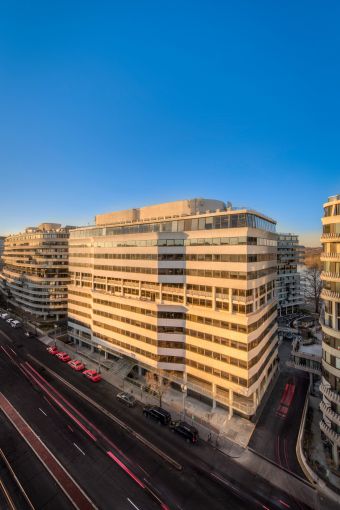 The 215,520-square-foot building at 2600 Virginia Avenue NW sold for $101.5 million, according to a spokeswoman for Newmark Knight Frank, which represented the seller in the deal.

The 11-story office tower is notable as the site of the 1972 Democratic National Committee headquarters break-in, which set off a scandal leading to the resignation of President Richard Nixon.

The property is currently 90 percent leased with tenants including the National Trust for Historic Preservation and George Washington University. Friedman Capital plans to add “high-end lifestyle options to the building such as a sports book, restaurants, urban athletic club, co-working office, and a Nixon museum,” per the statement.

Rockwood Capital purchased the property in December 2016. “The investment in the Watergate is consistent with our strategy of investing in well-located real estate that provides amenities designed to help today’s tenants attract and retain talent at a discounted rent to trophy buildings,” Richard Kramer, a director at Rockwood Capital, said in prepared remarks. “We believe these investments outperform in the long term and the next owners will benefit from continued upside potential offered by this historic building.”

Jud Ryan, James Cassidy and Cliff Cummings of NKF facilitated the sale, according to the statement. “The buyer is gaining an incredible piece of real estate poised to perform very well in an already robust market,” Ryan said, in prepared remarks.