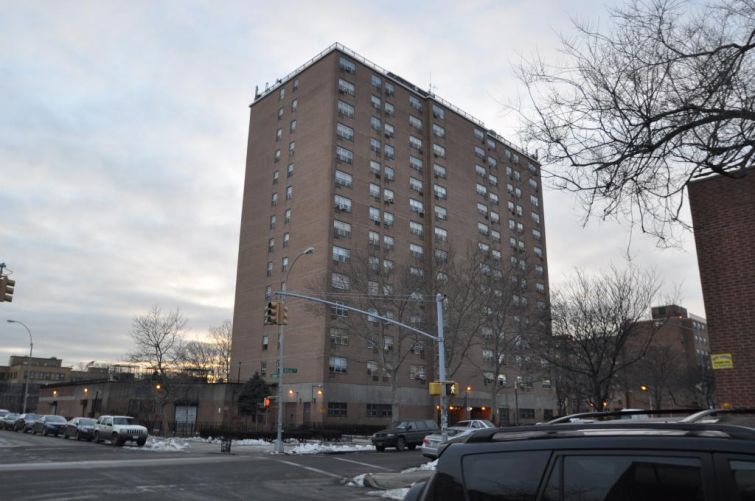 Hunt Real Estate Capital has provided $192.2 million in Freddie Mac-backed debt to a joint venture for the acquisition and subsequent renovation of a 1,321-unit affordable housing portfolio located in Bushwick, Brooklyn, Commercial Observer can exclusively report.

The fixed-rate financing package was provided to a partnership between Philadelphia-based multifamily developer and manager Pennrose, which is an affiliate of Hunt, The Acacia Network and the New York City Housing Authority (NYCHA), according to information from Hunt.

The funds will primarily go towards a much-needed 30-month-long renovation of the units, most notably the Hope Gardens housing complex, which has come under fire from residents due to it falling into disrepair, including a rat infestation and a lack of heat and hot water, among other issues. The financing will also be used for the sponsor to acquire the 60 buildings that make up the portfolio. Hunt said the construction contract amount is $156 million.

NYCHA — under the rental assistance demonstration (RAD) program — will transfer the portfolio to the sponsor, Hunt said. The units within the portfolio will benefit from a new, auto-renewing, 20-year housing assistance payments (HAP) contract through the U.S. Department of Housing and Urban Development (HUD) that will be active at the close of the deal.

“The Bushwick portfolio is being acquired and renovated under the [RAD] program in which public housing units are converted to project-based Section 8 housing,” Joshua Reiss, a vice president at Hunt Real Estate Capital, said in a statement.

This transaction comprised two 30-year permanent RAD financings. The first is a $118.5 million low-income housing tax credits (LIHTC) loan with a 30-month unfunded forward commitment (UFC) for the rehabilitation of the units; Redstone Equity Partners also provided equity for that LIHTC bundle. The other is a $73.7 million non-LIHTC deal with a 36-month UFC, according to Hunt. The deals were done as tax-exempt loans (TELs) in order to retire previous construction financing for the portfolio.

The LIHTC financing package is backed by three groupings of buildings that make up 949 total units. One is a bundle of 42, three-story garden-style properties with 12 units in each; the second is a 115-unit, mid-rise property called Palmetto Gardens at 85 Palmetto Street; the final one is the Hope Gardens development, which includes 200 units across four mid-rise buildings and 130 units within one high-rise at 195 Linden Street, the largest single property in the deal.

“Freddie Mac and [NYCHA] created a new risk-share program to reduce borrowing costs and promote increased proceeds to be used toward the essential rehabilitation of the portfolio,” Reiss said in the statement. “This is the first Freddie Mac tax-exempt loan offered in the state of New York. This highly efficient and competitive product will help create new pathways to financing affordable housing moving forward.”

In late July, City Limits published a report that detailed the troubles residents have faced at a deteriorating Hope Gardens complex. The seniors community center at Hope Gardens was closed for three months last year because of a severe rat infestation, resident seniors at the building told City Limits.

“Public housing residents across New York City are relying on us to address both their critical repair needs and secure affordable housing for their families,” NYCHA general manager Vito Mustaciuolo told CO in a statement via email. “We and our partners are focused on making sure that more residents can experience an improved quality of life in safe, healthy homes for generations to come.”

The City Limits report said that over the next 30 days, residents of the development would receive notices about the planned renovation, which would cost around $391 million to complete.

According to Hunt, the sponsors will target immediate health and safety issues at the units and improve conditions for energy efficiency, among other improvements.

The borrowers are planning upgrades to the kitchens and bathrooms and will replace or upgrade heating, cooling, ventilation, electrical and plumbing systems; windows will be replaced, and there will be work to improve the development’s open spaces and common areas, Hunt said.

“Our forward commitment will allow for the rehabilitation of [1,321] units, serving low-income tenants in one of the most cost-burdened markets in the country,” David Leopold, vice president of targeted affordable sales & investments at Freddie Mac multifamily, said in prepared remarks.

There will be portfolio-wide improvements to building exteriors and interiors, including the lobbies and entrances. Landscaped public and private areas will be renovated and there will be upgrades to lighting and building security and management spaces and commons areas, Hunt said. The renovation project is expected to be completed by 2021, according to City Limits’ report.

“The capital improvements and critical repairs will transform the living experience for residents and serve as a benefit to the entire neighborhood,” Pennrose principal and senior vice president Timothy Henkel said in a statement.

Of the 1,321 units, 760 will benefit from tenant protection vouchers under Section 18 of the National Housing Act, while the remaining 557 will benefit from project-based vouchers through the RAD program, according to Hunt. Four units will be reserved for on-site staff.

“Pennrose Properties has developed over 17,000 rental units, representing over $3 billion in total development costs, and have been at the leading edge of mixed-finance affordable housing development since their founding. This project is emblematic of [its] commitment to preserving our nation’s public housing assets and represents their ability to execute complex public-private transactions,” Reiss said.

Hunt Real Estate Capital has become a staple in financing public housing in New York. In November 2018, Reiss spearheaded $120.6 million in financing for the acquisition and rehabilitation of the Betances NYCHA RAD portfolio, which comprises 1,088 units scattered throughout the Mott Haven neighborhood in south Bronx.

With this new deal for Pennrose, Hunt has now deployed more than $310 million in the last nine months on NYCHA-controlled buildings through the RAD program.

This story was updated to include a comment from NYCHA as well as new and revised information from Hunt, detailing how many units will benefit from project-based vouchers under Section 18 and the RAD program.