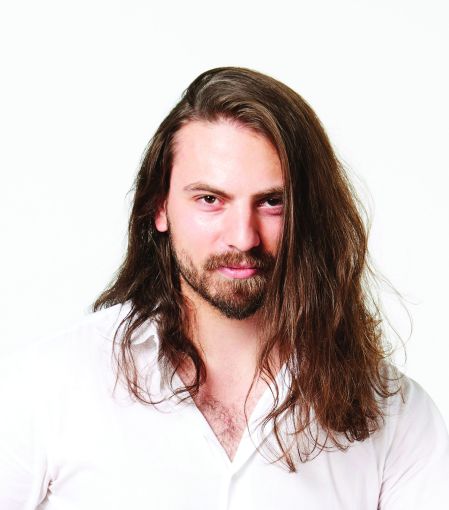 In riding the wave of the increased need for speed and flexibility in the world of multifamily finance, former Greystone Labs director Zac Rosenberg has branched off of his family’s prominent multifamily lending business to launch a commercial loan underwriting software product called TapCap.

With his new model, Rosenberg, 30, the son of Greystone founder and CEO Stephen Rosenberg, aims at streamlining borrowers’ access to Fannie Mae and Freddie Mac dollars while staying involved in the deal throughout the entire loan process. “We don’t get paid until the end, when the deal closes,” Rosenberg said.

He said TapCap is unlike other major online commercial loan products that have dominated the field, like StackSource, in that it will not only bring lenders and borrowers together, but will help facilitate loan terms and keep borrowers up to date on those terms in real time, until the deal closes. The goal is to keep borrowers out of a “black box” and help stave off any “shocks” that might arise at the closing table.

“Most borrowers aren’t the only equity holders, as they have limited partners, so returns are based on cash flow and LPs [have their yield requirements],” Rosenberg said. “Borrowers are rate sensitive, so the idea is to eliminate shocks. [Being able to see your terms changing on the fly] might scare them or it might be a more pleasant ride. At the end of the day, everyone’s peddling the same loan, and we’re just negotiating the terms of that rate lock.”

The product’s reach spans across the country, and it works by providing simulated loan quotes for multifamily properties in just a few minutes by using property information and financial performance metrics provided by borrowers to find and extract a bevy of agency loan options from which to choose. Borrowers would then be able to pick and establish the terms that work for them and stay in the loop on things such as interest rate fluctuations, which can, and often do, change daily.

“We’re extending the mission from Greystone Labs,” Rosenberg said. “We want to use tech to be totally transparent. Greystone was our aircraft carrier that allowed us to launch, but there were conflicts with [our the level of] transparency and pushing this vision that we decided we’ll have to fly our own banner.”

TapCap, of course, has HUD-licensed lenders behind it, including Greystone, but Rosenberg said they’re also targeting bridge and hard money lenders for its service. The “borrower-facing” company plans to release the product to 150 users in the first week—users who have pre-enrolled in the last few weeks—with a goal to increase its scale to over 500 borrowers within its first month.

Rosenberg said while these initial user figures may be low compared to other software service launches, he said “300 borrowers can generate a $10 billion loan pipeline.”

“When you have a large company, there’s always a trade off between experimenting and capitalizing on what works,” he added. “Greystone, like many other lenders, were filled with these [multifamily transactions], and just about every transaction there touched some system of ours at [Greystone Labs].”

It certainly has a large pool of money to pull from. Last year, Fannie and Freddie backed a whopping $142.3 billion in loan originations, behind only traditional bank commercial lending in total volume, while overall multifamily originations reached $266.4 billion, according to Mortgage Bankers Association’s 2018 Commercial Real Estate/Multifamily Finance Annual Origination report.

“Zac ran amazing projects while at Greystone and moved the needle on how technology can deliver a more seamless experience for our clients,” a Greystone spokesperson said in a statement. “He has now decided to build his own company and reinvent the correspondent market.”

TapCap is set up in a WeWork office space at 28th Street and Madison Avenue with a small full-time team of four people who are supplemented with contracted engineers and underwriters, he said.

As of now, Rosenberg said the company’s funding is “bootstrapped,” as it decided to go to market with its digital product and mobile app without any serious investment dollars. It’s similar to his father’s early start, before Greystone’s rise, where Stephen Rosenberg famously worked off of a makeshift desk in the back of one of his friend’s record stores.

“We’re going to bootstrap for as long as possible, using conventional loans and lines of credit for at least the next six months to one year, operating on cash flow,” he said.

TapCap has an uphill battle ahead of it as it goes forth into a crowded field of fintech and proptech players.