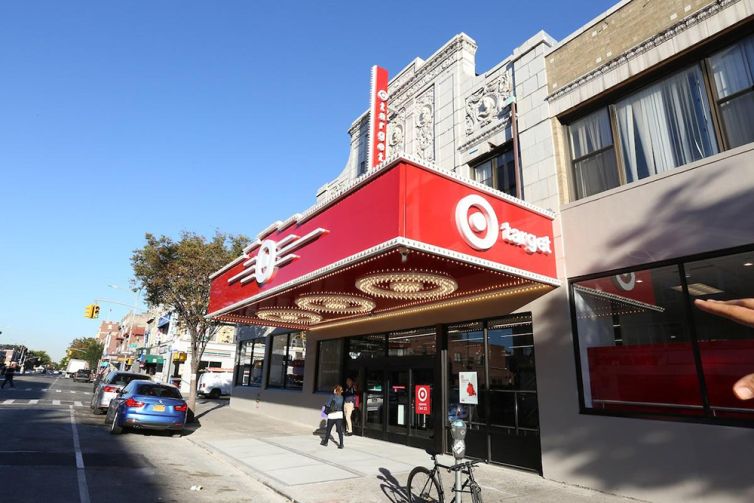 Some brokers say that many traditional retailers are hesitant to expand in New York these days. Target, however, has cracked the code and is opening more than a dozen stores in the next year. Photo: Target

When you sit down with a broker at the International Council of Shopping Centers’ RECon conference in Las Vegas, he or she will immediately tell you that the supposed death of brick-and-mortar retail has been heavily overplayed in the press. But many brokers were quick to admit that big corporate retailers are much more hesitant to lease space in New York City now than they were five years ago.

“The retail apocalypse is overblown,” said Jeffrey Roseman, a vice chairman at Newmark Knight Frank’s retail division. “The retail world has changed. If Sephora or Starbucks went out of business, I’d be worried. But when was the last time you were in a Kmart or Sears or Payless?”

He added, “brands don’t need as many stores as they used to, and that’s not necessarily a bad thing.”

Maurice Nieman, an investment sales broker at Savills who specializes in retail properties, put it even more bluntly: “The strong are going to be stronger and the weak are going to die.” He pointed to traditional retailers that have adapted successfully to urban markets with smaller stores and cheaper inventory, like Nordstrom and Target.

Still, the conversation came on an auspicious day. Dressbarn announced on Monday that it was closing all 650 stores and, on the same day, Kohl’s cut its profit forecast, sending its stock into a deep dip.

And some were starker in their assessment of retail than Neiman; one broker who declined to be quoted by name told Commercial Observer that in certain markets “rents are probably down on average 30 percent on the major shopping streets and the major fashion streets. My opinion is that you have another 30 percent to go.”

“After [the recession in] 2008, deals didn’t start happening till 2012, and then from January 2015 to January 2016, the retail market was turned on its head,” Gibson explained. “Retailers are so much more methodical and so much more careful because they can’t make the same mistakes they made in that last run-up.”

“In the last 12 months, there’s been more activity than the previous 30 months,” he said. “We say those are leading indicators. There are submarkets in New York that are disproportionately affected, but retail is still pretty strong.”

RKF retail broker Ariel Schuster also felt it was a “fair assessment” to say retailers were more conservative in their New York City expansion plans than they have been in the past. But he felt that his client base, which includes major fast casual eateries, sneaker chains and furniture stores, was leasing more stores than last year.

Unfortunately, the data does not paint a rosy picture. Rents are continuing to tumble in most New York City submarkets tracked by the big commercial brokerages, as landlords lower their expectations to match what tenants are willing to pay. Average asking rents have declined year-over-year in 10 of the city’s 16 major retail corridors, according to CBRE’s first quarter retail report released last month, with the average falling 8.6 percent. The report also found that the number of vacant and available retail spaces in Manhattan remains higher than the historical average. Currently there are 216 available stores along the city’s 16 main retail corridors, eight more spaces than the first quarter of last year.

“In some submarkets, the equilibrium is still trying to be found, but spaces are getting filled,” he said. “You don’t have five tenants competing for the same space, but you don’t have just one either. Before it was food, food and maybe some fitness. Now you have more soft goods, digitally native brands. I think [the market is] unquestionably better this year than it was last year.”