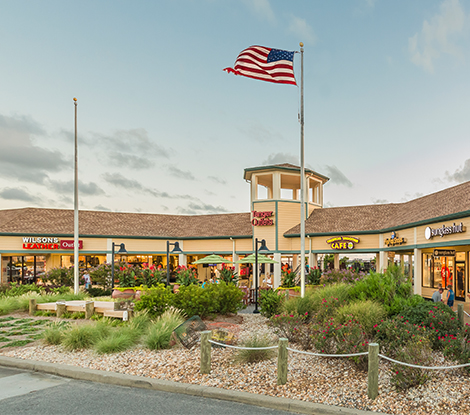 ACORE Capital has provided a $97.9 million loan to a joint venture between Chicago-based companies Singerman Real Estate and Outlet Resource Group for their $130.5 million acquisition of a national outlet mall portfolio from Tanger Outlets, Commercial Observer has learned.

“We generally look at each deal individually, by its own merits, and we don’t redline something because of what it is. So we definitely won’t shy away from it [just] because it’s retail,” ACORE Capital managing director Kyle Jeffers told CO. “[The market] is cautious on Class-B malls, but with this deal, the locations are good; the demographics are strong; the tenants have great sales figures; the basis is good and the barriers to entry [in each market] are strong.”

Two of the four assets are located just a few blocks from the Atlantic Ocean. Outlets Ocean City is a shopping mall at 12749 Ocean Gateway in Ocean City, Md. that’s home to a range of retailers, including Coach, Eddie Bauer, Under Armour, Michael Kors, J. Crew and Charlotte Russe. The property is bordered by other retail staples, such as Bed, Bath & Beyond, Petco, Marshall’s and Pier 1.

The second east coast outlet is located on a small island strip at 7100 South Croatan Highway in Nags Head, N.C., just steps from the beaches of the Atlantic. It features outlet shops such as Banana Republic, J. Crew, Polo Ralph Lauren, Eddie Bauer and Gymboree, among others.

The other two properties are located at 6699 North Landmark Drive in Park City, Utah and at  150 Tanger Drive in Williamsburg, Iowa.

Outlets Park City in Utah is a circular, open-air shopping center with outlet outposts for Oakley, Brooks Brothers, Gap, Columbia, AEO, Polo Ralph Lauren, Banana Republic, Express and Nike, among several others. Located adjacent to the center is a Hampton Inn & Suites and a Walmart Supercenter.

The shopping center in Williamsburg, Iowa is about four hours west of Chicago and features many of the same brands housed in the other properties, including Brooks Brothers, Coach and Polo Ralph Lauren.

“These properties [have a track record of] generating excellent cash flow year over year; it’s consistent,” Jeffers said, highlighting the quality selection of brands at each location. “We saw these metrics and in looking at the previous sponsor [Tanger], who’s been able to push revenues and easily retenant certain sections, the deal made a lot of sense; we liked it.”

A representative for Singerman was not immediately available for comment.