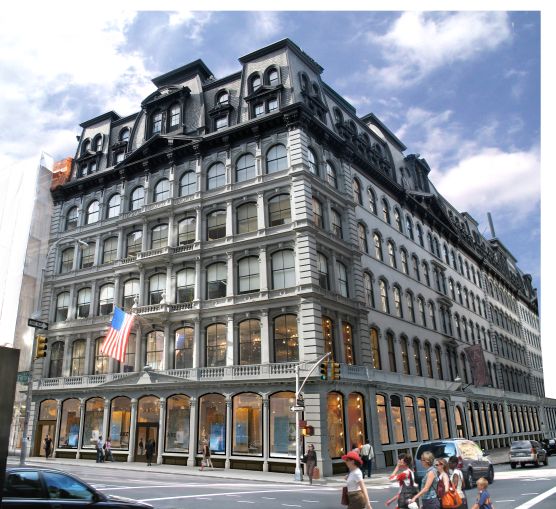 The sock manufacturer which donates a pair to homeless shelters for each one sold, Bombas, is moving a block away from its current offices within the Flatiron District, according to brokers on the deal.

Bombas inked a 10-year lease for 33,300 square feet on the entire second floor of The Winter Organization’s 881 Broadway between East 18th and East 19th Streets, GlobeSt first reported. Asking rent was $88 per square foot in the deal, said Newmark Knight Frank’s Anthony Sciacca, who represented the landlord in the deal along with Robert Silver.

The sock company, which started in 2013, will ditch its 8,000-square-foot offices at 37 East 18th Street and move into its new digs in the late summer or early fall of this year, according to Sciacca.

“We are pleased to welcome Bombas, a growing company with a strong sense of purpose for its customers and for society, as they make 881 Broadway their new home,” Silver said in a statement. “This neighborhood has always been on the cutting edge for creative companies that hope to expand their business and attract new talent.”

Elie Reiss of Skylight Leasing brokered the deal for Bombas.

“It’s not often I get to work with companies that work for the greater good,” Reiss said. “Bombas is certainly one of them and they deserved a spectacular space, which is exactly where they landed at 881 Broadway.”