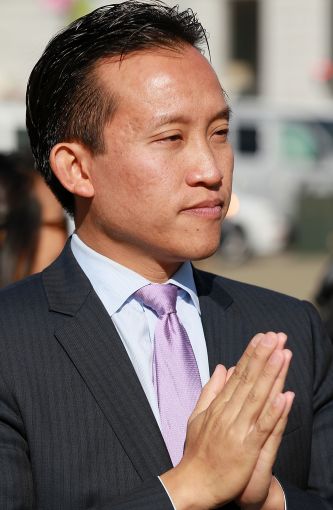 A bill aimed at protecting tenants from astronomical rent hikes cleared a major hurdle in the California Assembly yesterday, while another measure aimed at tightening rent control in the state was withdrawn from consideration.

Assembly Bill 1482, authored by Assemblyman David Chiu, passed its first committee by a vote of 6 to 1. The bill was modeled after a first-in-the-nation statewide law enacted earlier this year in Oregon, according to CALmatters, and limit the amount that landlords could raise rent year-over-year at 5 percent plus inflation.

Meanwhile, Assembly Bill 36, authored by Assemblyman Richard Bloom was withdrawn before it could be voted on by the Assembly Housing and Community Development Committee. The measure aimed to make modest reforms to the Costa-Hawkins Rental Housing Act by allowing cities to apply rent stabilization measures to rental units that are more than a decade old. The bill would have also allowed cities to stabilize rents in single-family rentals and condos with an exemption for small landlords who own two or fewer rental units.

A request for further details and comment to Bloom’s Sacramento office went unreturned as of publication.

The backers of the failed initiative are planning another rent control ballot measure in 2020, CALmatters reported. Meanwhile, Gov. Gavin Newsom asked lawmakers to send him a rent stabilization package he can sign.

“The California Dream is in peril if our state doesn’t act to address the housing affordability crisis. I am grateful that members of the Assembly voted today to continue moving forward on one piece of the housing affordability solution—creating a renter protection package,” Newsom said in a statement after the rent-gouging bill passed. “I look forward to continuing this important conversation as proposals move through the legislative process.”