Singapore Government Takes 25 Percent Stake in CitizenM at $2B Valuation 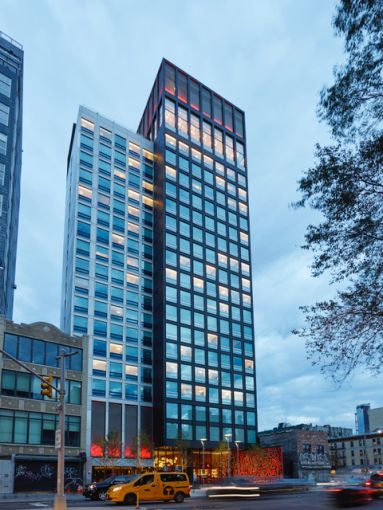 CitizenM, a Dutch hotel brand with two New York locations, is getting an influx of cash from GIC, the sovereign wealth fund of Singapore.

GIC will take a 25 percent stake in the growing hotel company, which brings its valuation to €2 billion, or $2.25 billion, according to a press release from CitizenM. The sovereign wealth fund will be the third investor in the boutique hotel chain, after private equity firm KRC Capital and Dutch pension fund APG, which have financed the company’s real estate portfolio from the start.

The three investors have committed a further combined €750, roughly $850 million, beyond the 15 hotels that are already in development, per the release.

CitizenM touts itself as an “affordable luxury” brand, with upscale design at affordable prices. Room rates at its New York locations range from $134 to $149 as of Wednesday, whereas average room rates in Manhattan were $262.30 in 2018, according to STR.

The boutique hotel chain was founded in 2005 by Rattan Chadha, and opened its first hotel in Amsterdam in 2008. It has since grown to a portfolio of 30 hotels valued at $1.5 billion, in prime markets like New York, London and Hong Kong. Of those, 15 are open, and 15 more are in the pipeline in additional cities in the United States, Europe and Asia, according to its website.

In New York, CitizenM opened its first-ever U.S. location at 218 West 50th Street, near Times Square, in 2014, and its second at 189 Bowery on the Lower East Side in September 2018, as Commercial Observer previously reported. While those are the only two open locations in the United States, the company has plans to develop nine additional hotels in Miami, San Francisco, Seattle and Austin.

A key factor in the CitizenM’s model is that the firm owns and builds its own hotels, which allows the company to tailor the customer experience, said Ernest Lee, CitizenM’s head of development in North America. “That journey starts by controlling the product. We have a very distinct advantage because we own the majority of the real estate.”

Along with other newer hotel chains like Yotel, CitizenM’s model relies on tech-based efficiency and economizing space. Its rooms are smaller and common spaces are larger than a typical hotel, and certain standard hotel features like a reception desk and a minibar are nonexistent. CitizenM also uses prefabricated rooms to cut down on costs.

“From our standpoint we’re not selling you just a room, we’re selling you the entire building,” said Lee. “Traveling modern professionals have a desire to be part of a community, and a desire to be around other people. That’s really the heart and soul of our business.”

Sun added: “It is well-received by consumers who are increasingly placing value in experience and authenticity.”