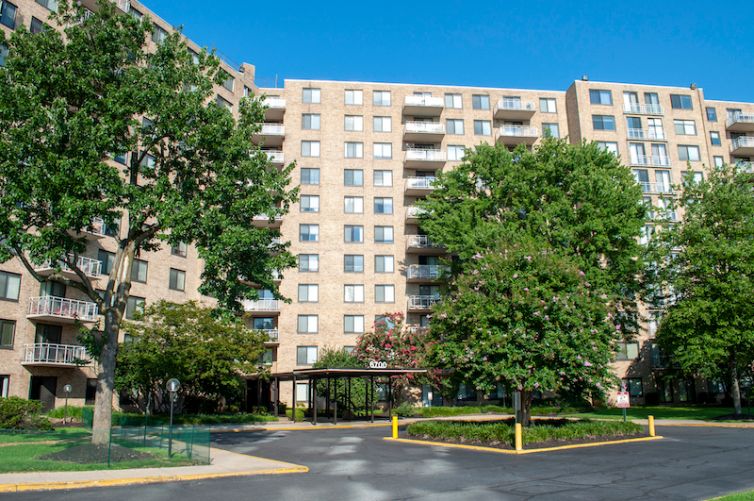 Rockville, Md.-based The Donaldson Group and New York-based Declaration Capital and Angelo, Gordon & Co. have acquired Plaza Towers Apartments at 6700 Belcrest Road in Hyattsville, Md. for $42.6 million, according to a joint press release from the buyers.

The firms bought the 288-unit high rise apartment from Plaza Towers Apartments, Inc. and Plaza Towers, LLC—two family-owned entities that developed the property in the 1960s, according to a spokeswoman for the buyers, who said the deal closed on Feb. 28.

The property is within walking distance of the Prince George’s Plaza Metro station and The Mall at Prince George’s. It’s also within a few miles of the University of Maryland and Riverdale Park Station, a 1.4 million square foot town center anchored by Whole Foods.

“We believe in this growing Hyattsville market and plan to continue investing in quality rental communities in the Washington, D.C. area,” John Majeski, a senior vice president at The Donaldson Group, said in a prepared statement. The partnership made an all-cash offer “in conjunction with an accelerated settlement period,” Carlton Einsel, the CEO of The Donaldson Group, said in in the release.

This spring the new owners plan to make capital improvements to the property to include upgrading the leasing center and common areas, enhancing the building’s exterior and creating new tenant amenities, per the release. Donaldson will manage the property to reduce operating costs and “improve customer service.”