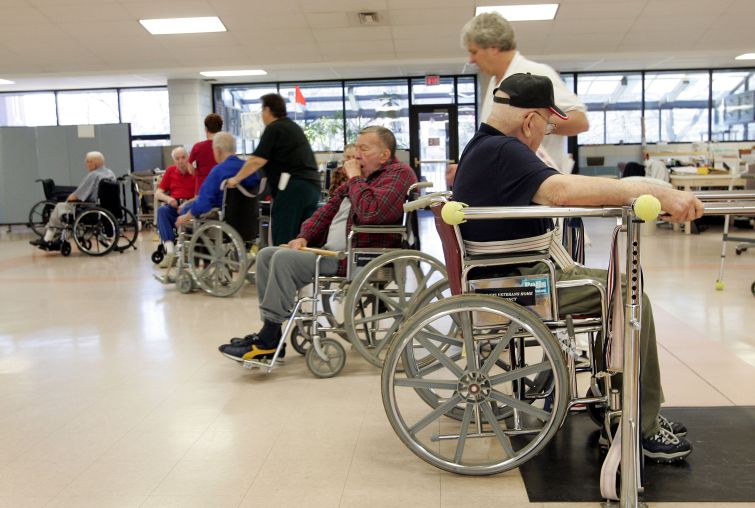 Credit Suisse has contributed a $335 million mortgage to an overall $690.2 million refinancing package for a portfolio of 83 U.S. senior-living facilities, according to documents published last week by Canada’s DBRS credit-rating agency.

The borrower in the commercial mortgage-backed securities deal, real estate investor Rubin Schron, is set to use the proceeds to partially refinance prior CMBS debt on the portfolio that dates to 2016, the rating agency said. In addition to the $335 million in Credit Suisse debt, the new deal also includes a pair of mezzanine loans—for $165 million and for $105 million—and an equity contribution from Schron worth $85.2 million.

It wasn’t clear whether Credit Suisse was behind the mezzanine loans as well, and, if so, whether it planned to offload them to a separate investor. A spokeswoman for the bank declined to comment.

The two-year debt gives three one-year extension options, and the CMBS loan comes at a spread of 252 basis points above Libor. The mezzanine-debt spreads are about 500 basis points wider, according to Standard and Poor’s, which also looked at the deal.

Collateralizing the debt are 81 skilled-nursing facilities and two assisted-living facilities in 12 states, totaling 9,441 beds. (The facilities have licenses to add about 500 more residents if they choose.) More than half the properties are in Texas, with 20 more in Colorado. Maryland, Pennsylvania and California are the other states with at least three portfolio assets each. The most valuable single property is the Lake Mead Health and Rehabilitation Center, in Henderson, Nev.

All 83 of the buildings were joined by other Schron properties in securing a previous Deutsche Bank CMBS financing in 2016. But that deal was sent to special servicing last summer after cash flow dropped 21 percent following securitization. Working with the servicer in that deal, KeyBank, Schron cordoned off the most troubled assets and separated them from this portfolio of 83 properties, which suffered only relatively mild income declines. The new portfolio has seen cash flow drop 9 percent since 2016, only half as bad as the overall group.

Schron, a New Yorker who made a fortune investing in real estate through a company he founded in 1967, Cammeby’s International Group, leases the seniors facilities to SavaSeniorCare, which operates them. That company controls almost 25,000 beds in senior-case assets across the country, but it has come under scrutiny for its billing practices. In federal court in Tennessee, for example, the government has accused the company of using dirty tricks to boost its income from Medicare, by charging the program for more extensive services than it actually provided. Some of the litigation has been settled out of court.

Rates that assisted-living facilities earn from insurance carriers vary widely across public and private providers. Last year, Medicare paid an average daily rate of $532 per patient per day for people it covers who live in seniors’ facilities, whereas Medicaid coughed up just $195, according to DBRS. Beds paid for privately earned a middling sum of $236 per day.

Representatives for Schron and Sava did not immediately respond to inquiries.