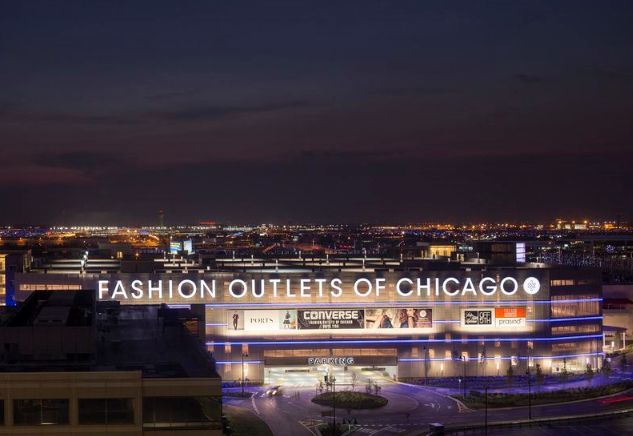 The Macerich Company, a real estate investment trust that’s one of the country’s largest owners, operators and developers of shopping centers, has nabbed $300 million from Metlife Investment Management to finance its behemoth outlet mall, Fashion Outlets of Chicago, according to an alert from MetLife.

The two-story property is located at 5220 Fashion Outlets Way in Rosemont, Ill., a suburb northwest of downtown Chicago, just across the street from Chicago O’Hare International Airport and adjacent to the Rosemont Theater.

Scattered throughout the mall are 130 retailers, which include Gucci, Prada, Burberry and Michael Kors as well as Nordstrom Rack, Bloomingdale’s Outlet, Saks Off Fifth, Polo Ralph Lauren, Neiman Marcus and Nike.

The outlet center is a major draw for local and regional consumers and also international shoppers, with it being within five minutes of the largest airport in the Midwest. According to Macerich’s website, the center generates roughly $15 billion in tourism revenue, annually.

Gary Otten, head of real estate debt strategies at MetLife, said in an email statement that the outlet mall “is a terrific example of the high quality retail assets for which Macerich is known, and it fits well into our broader commercial mortgage lending strategy.”

With its proximity to the airport, the shopping center—voted by MAPIC in 2015 as the best outlet center in the world—is surrounded by a bevy of dining and entertainment offerings as well as three prominent hotels—the Loews Chicago O’Hare, Crowne Plaza Chicago O’Hare Hotel and Conference Center and an Aloft Chicago O’Hare.

A spokeswoman for Macerich did not provide a comment or more information.

This story was updated to include a comment from MetLife’s Gary Otten.