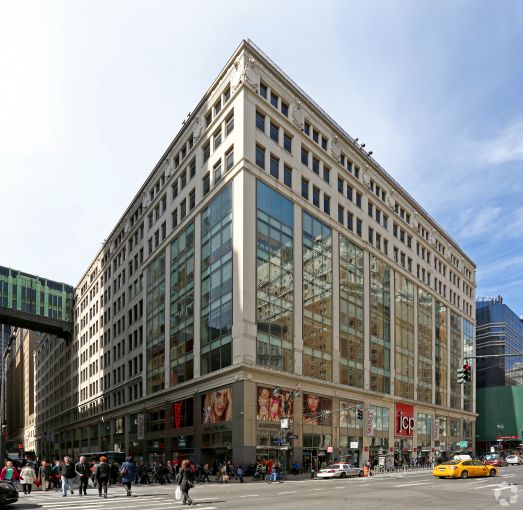 Gina Group, which wholesales clothing and accessories, will up its presence again in 10 West 33rd Street, also known as the Fashion Accessories Center, Commercial Observer has learned.

The company inked a six-year lease renewal and will take another 7,117 square feet in Ten West Thirty Third Associates’ building between Broadway and Fifth Avenue, according to a spokesman for Adams & Co., which handled both sides of the deal. Asking rent was around $55 per square foot.

Gina Group’s new deal brings its total space, which includes offices and a showroom, in the 12-story building to 36,102 square feet and its lease runs out in 2022, the spokesman said.

“The Fashion Accessories Center offers tenants the ability to connect with industry peers and pursue potential business opportunities in a convenient, central location,” David Levy, a principal at Adams & Co. who brokered the deal, said in a statement.

Gina Group designs, manufactures and distributes items like shoes, hosiery and handbags and works with brands like Steve Madden, K-Swiss and Bebe. It first took a nearly 29,000-square-foot space in the Garment District building in 2010 and later expanded to 36,102 square feet in 2013, as CO previously reported.