Cain International Steps in on $1B Crown Building Refi 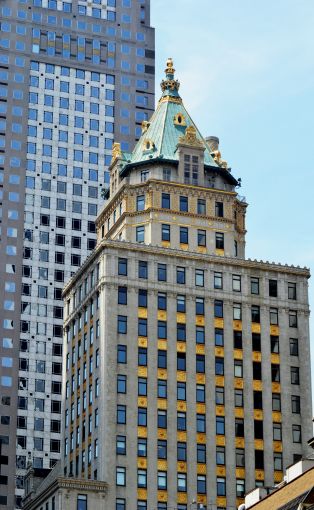 Shortly after Jeff Sutton‘s Wharton Properties and GGP spent $1.78 billion to buy the retail-and-office tower in 2015, they flipped the building’s upper office floors to developers Michael Shvo and Vladislav Doronin‘s OKO Group. They partnered to buy the non-retail portion of the office building for $500 million, with plans to convert the space into a hotel and residential condominiums.

That year, Deutsche Bank funded the deal on the central Midtown tower with a billion-dollar mortgage, which the new financing splits in two. One piece, a $720 million lien on the building’s retail portion, remains on Sutton’s and Brookfield’s books, while another $240 million chunk was picked up in a new financing arrangement between Cain, a London-based lender, and OKO.

Cain is also adding a $44.5 million gap mortgage, which brings the sum of the debt under the new deal to just more than $1 billion.

Built in 1921, the Crown Building, between West 56th and West 57th Streets, stares down Trump Tower across Fifth Avenue. Known as the Heckscher Building at the time of its construction, the 26-story landmark was surreptitiously acquired by dictatorial president of the Philippines, Ferdinand Marcos, in 1981. After his regime fell in the mid-1980s, Bernard Spitzer bought the tower for $95 million in 1991, before selling it to Sutton and GGP four years ago.

While the transformation of the building’s upper floors continues to unfold, its retail tenants include some of Fifth Avenue’s most illustrious peddlers, including Prada, Bulgari and Japanese jeweler Mikimoto. Up above, Singaporean resort company Aman will manage the lodging and residential portions, which it says will be ready sometime next year. The hotel will have 83 rooms and suites along with a three-story spa, a jazz bar and two restaurants. Higher yet, 20 apartments will include a five-story penthouse suite.

Representatives from Cain, Deutsche Bank and from each of the ownership partners—contacted individually—did not immediately respond to inquiries.