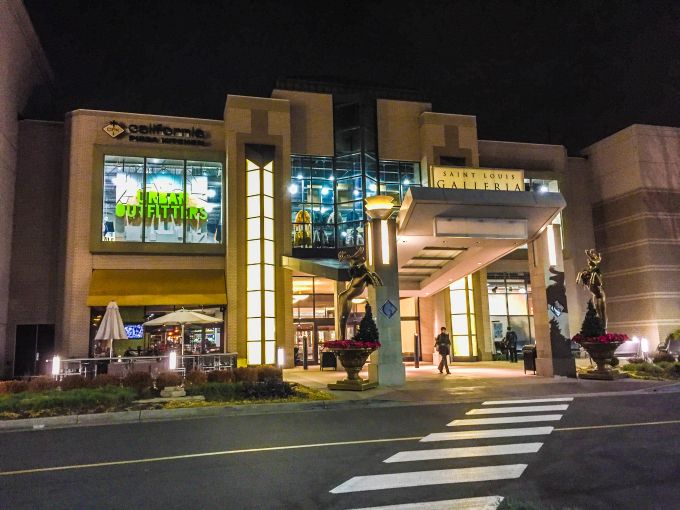 Even as a seemingly endless wave of national big-box chains proceeds with hundreds of store closures, not every mall is struggling to keep its head above water.

That, at least, is the message sent by the Saint Louis Galleria in Missouri. The giant mall, owned by Brookfield Property Partners, is the happy recipient of a new $265 million partially securitized financing from Deutsche Bank and Société Générale.

The deal, a refinancing of the 1.2-million-square-foot shopping center which stands about ten miles west of downtown St. Louis, pays down $215 million in previous debt from Deutsche Bank that was securitized into prior commercial mortgage-backed securities deals in 2013 and 2014. In the new transaction, $45 million in senior debt will be placed into the pool for the forthcoming UBS 2018-C15 transaction, while $195 million is set for securitization in other deals. Topping off the debt section of the capital stack is a $25 million mezzanine piece co-originated by the two senior lenders.

Brookfield will pay a fixed rate of 5 percent interest on the 10-year loan, which is based on a 30-year amortization, according to Kroll Bond Rating Agency, which analyzed the debt deal. The real estate investment giant won’t owe interest for the loan’s first 60 months.

While malls in secondary and tertiary markets have wallowed under the burden of declining sales and store closures from companies like Sears and J.C. Penney, the Saint Louis Galleria stands on slightly sounder footing, KBRA analysts wrote. The mall’s three biggest tenants, department stores Dillard’s, Macy’s and Nordstrom, are all considered strong tenants by the rating agency, and sales per square foot tallies are in line with national averages for those chains.

What’s more, three of the mall’s top ten tenants—a movie theater, a comedy club and a Cheesecake Factory restaurant—have an experiential bent, a factor that many analysts consider a hedge against the allure to consumers of doing routine shopping online.

Hycel Properties developed the mall in 1986 before selling it in 2003 to GGP, which paid $235 million, the Chicago Tribune reported at the time. Ownership passed to Brookfield when that firm bought GGP in August.

Today, the mall’s occupancy stands at 98.7 percent. (Only 466,000 square feet of the mall secure the latest refinancing, space which is 96.9 percent occupied.) Over the 12 months ending in August—the most recent year-long period for which data are available—the mall earned $37.3 million against $10 million in expenses, a cash flow figure nearly ten percent better than the mall’s result for the full year of 2015.

That said, not all of the mall’s tenants have excelled. H&M, which operates a 13,000-square-foot store in the mall, saw its profits plummet by a third in the first half of 2018 and missed its earnings target again in the third quarter. Victoria’s Secret, which has a similar-sized location at the Galleria, saw same-store sales decline 6 percent in the third quarter, and has been smacked with unsavory notices after an executive disparaged the idea of hiring transgender and overweight models.

A Deutsche Bank spokesman declined to comment. Representatives from Société Générale and Brookfield did not immediately respond to inquiries.