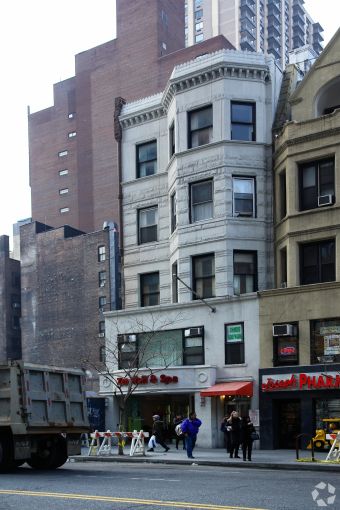 Madison Realty Capital has closed a $36.1 million construction loan to fund development of a residential and retail building on Manhattan’s Upper West Side, Commercial Observer can exclusively report.

The loan will fund the plan of a partnership by two development companies, Scott Shnay‘s SK Development and Charles Blaichman‘s CB Developers, to build a 21-story apartment tower at 214 West 72nd Street between Broadway and West End Avenue. When construction is finished by the end of 2020, the building will include 18 residential condominium units and a 1,200-square-foot retail store.

“The affluent Upper West Side remains one of the most desirable residential neighborhoods in New York City, and we expect significant interest in this high-profile development upon completion,” Josh Zegen, MRC’s co-founder, said in a statement. “This luxury property will benefit from its family-friendly location and proximity to the area’s world-renowned public amenities, including the array of nearby cultural institutions as well as Central Park and Riverside Park.”

Before construction starts, Shnay and Blaichman must first preside over the demolition of a vacant five-floor building on the lot—the childhood home of writer Dorothy Parker—that had residential space on the upper floors and a nail salon and spa on the lower two. The new tower, on a footprint just 25 feet wide, will have units ranging from one- to three-bedrooms, including two duplex three-bedroom penthouses and one three-bedroom unit reserved for lower-income residents. A 24-hour doorman will staff the building’s residential lobby, and higher up, the tower will feature a gym, a lounge and a rooftop terrace.

Representatives for CB Developers did not immediately respond to inquiries, and a voicemail system for SK Development was malfunctioning.

Further contributing to the two-initial alphabet soup, CM & Associates will serve as general contractor on the project. “Right now we’re in a demo[lition] phase. We should be breaking ground sometime in November,” CMA’s Anthony Lisboa said.GreenbergFarrow, a New York firm, been hired as the lead architect.