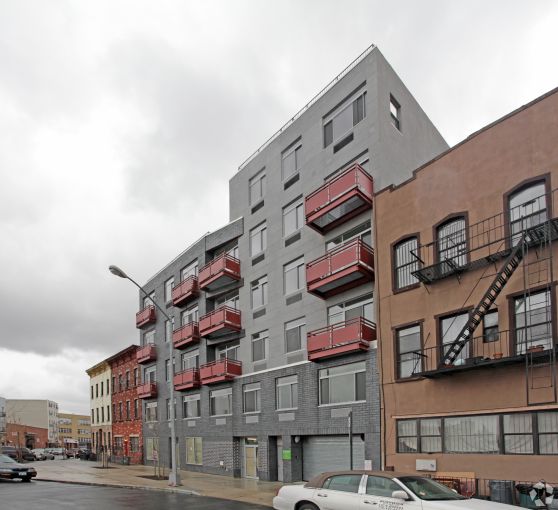 Citigroup Global Markets has lent $26 million to Brooklyn’s Cayuga Capital Management to refinance a set of mixed-use buildings in the borough’s Bushwick section, according to JLL Capital Markets, which arranged the financing deal.

The buildings, 184 Noll Street, 286 Stanhope Street and 324 Melrose Street, all stand within a few blocks of each other on the streets southwest of Flushing Avenue, near Maria Hernandez Park. Primarily set up for residential use, the portfolio includes 63 apartments, although the trio also includes six office units totalling 5,650 square feet.

Cayuga developed the buildings in 2009, and previous rounds of financing have come in the form of a mortgage from CBRE Capital Markets, a Freddie Mac loan from U.S. Bank and a refinancing from M&T Bank, according to city property records.

“Cayuga Capital Management is at the forefront of Bushwick’s transformation, having completed a number of other residential and retail projects in the area,” Appel said in a statement. “The firm has an intimate understanding of the neighborhood’s demand drivers and has successfully capitalized on the seemingly insatiable appetite for growth in Brooklyn.”

After rising gradually for much of the year, residential rents in Bushwick declined a hair in September, according to MNS Real Estate, a New York City residential brokerage. The neighborhood’s average rent last month was $2,153, down from $2,166 in August.

As per data from CoStar Group, retail tenants leasing space in the three properties include Heaven Street Records, an independent music store, as well as Meattt Inc., a tattoo shop.

Cayuga officials and a spokesman for Citigroup declined to comment.