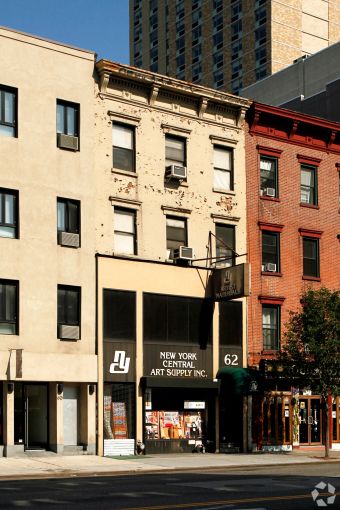 Zagdanski bought the buildings, which together comprise 15,000 square feet, at 62 Third Avenue and 64 Third Avenue between East 10th and East 11th Streets in an all-cash deal on Aug. 1, according to city records and Zagdanski.

“The area is growing, has grown and is continuing to grow,” Zagdanski said. “We think it’s a very core, good-quality location in New York.”

Zagdanski doesn’t have any immediate plans to redevelop the residential buildings, but said he was drawn to the neighborhood because of its new developments including the nearby Moxy Hotel.

Itan Rahmani of Venture Capital Properties represented Kinsmen in the sale while Jakobson Properties handled it in-house. Jakobson did not immediately respond to a request for comment.

“It’s a long-term play. Eventually, it will probably be developed into something,” Rahmani said. “This is a corner that never really trades.”

The two four-story buildings include a vacant office building at 62 Third Avenue—the former home of neighborhood institution New York Central Art Supply until it closed in 2016—and an occupied residential rental structure at 64 Third Avenue, which counts The Ainsworth as its ground-floor retail tenant.

The purchase marks the third addition to Toronto-based Kinsmen Group’s New York City portfolio. The family-owned firm first entered the market in 2012 with the purchase of the 122-unit Icon at 306 West 48th Street. Last year, Kinsmen bought 162 Bowery to 166 Bowery for $23.5 million from landlord David Cohen, The Real Deal reported. The group currently doesn’t have plans for the Nolita properties.