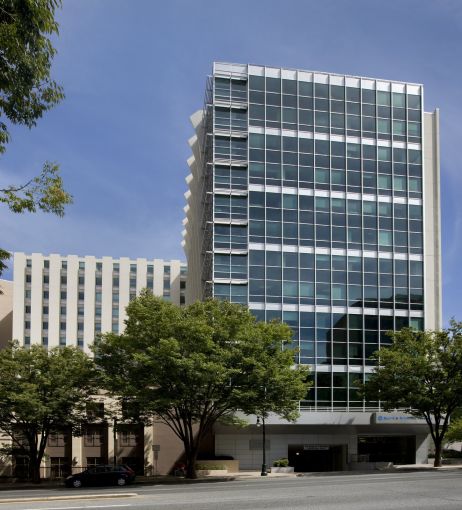 “8757 Georgia Avenue has been a long-term portfolio asset for WPC, and this refinance allows us to take advantage of the current interest rate environment while providing flexibility to continue to execute our business plan,” said Charles Nulsen, the president of WPC, in a prepared statement.

Nulsen said that Paul Wallace and Tyler Blue of Berkadia, who represented WPC in the transaction, “did a great job of getting ahead of the curve and producing a number of good options.”

The commercial mortgage-backed securities loan has a five year team, Wallace told CO, adding that this is real estate firm’s second deal with Wells Fargo in the Silver Spring market.

WPC acquired the property, which was built in the 1970s, in 2001 and it subsequently underwent a $20 million renovation, according to a Washington Property Company press release. Neither Wallace nor a Wells Fargo spokeswoman would disclose the previous debt on the property.