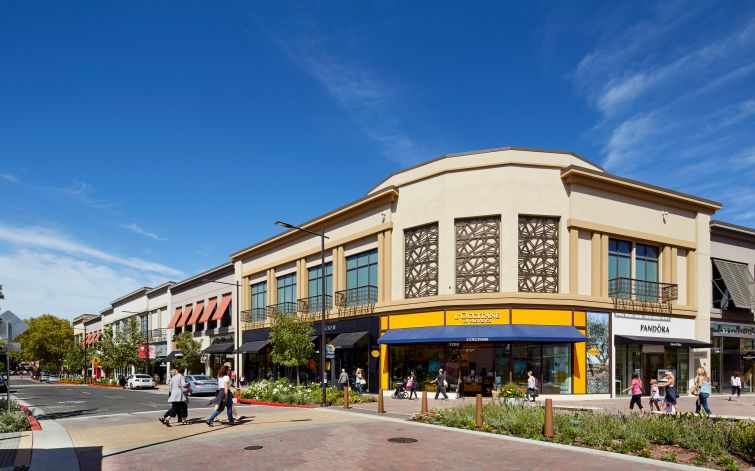 MetLife and Northwestern Mutual have teamed up to provide a $450 million loan to Macerich for Broadway Plaza, a recently redeveloped open-air retail center in Walnut Creek, Calif., Commercial Observer has learned.

The 12-year, fixed-rate loan is secured by the 958,000-square-foot retail hub, located at 1275 Broadway Plaza in Walnut Creek, just 30 minutes east of San Francisco in the city’s East Bay area. It is one of the country’s oldest open-air retail centers, having celebrated its 60th anniversary in 2011.

MetLife declined to comment on the transaction and officials at Macerich were not immediately available for comment.

Northwestern Mutual holds a 50 percent stake in the asset, although in February, Commercial Real Estate Direct reported that the insurer was looking to sell its stake and that it had tapped Eastdil Secured to find a buyer. Northwestern Mutual did not return a request for comment on the new loan or on a potential sale of its Broadway Plaza stake before press time.

The shopping center opened in 1951 and underwent a sweeping redevelopment in 2014 that more than doubled the center’s shopping space, adding over 50 new retail stores. Macerich announced the completion of the the redevelopment in September 2016—93 percent of the expansion was leased out at the time of the opening, according to Macerich.

The remodel and expansion consisted of three phases and was estimated to have costed $250 million, according to plans filed with the city of Walnut Creek.

“Macerich excels at adding significant value to our well-positioned fortress properties through redevelopment, and Broadway Plaza is a prime example of our proven approach,” Macerich Executive Vice President Randy Brant said in a prepared statement at the time of the opening. “At Broadway Plaza, we have expanded this unique street-retail setting to meet extensive retailer demand to be part of our high-performing property, while also enhancing the amenities, pedestrian appeal and pleasing scale of this irreplaceable downtown retail asset.”

The shopping center is anchored by a Macy’s, a Nordstrom and a Neiman Marcus, and Amazon and Tesla also have a presence at the mall. Macy’s also underwent its own 57,000-square-foot expansion in the fall of 2015, according to a press release from Macerich.

The redevelopment added new parking structures, which will house 3,205 parking paces, according to plans filed with the city of Walnut Creek. It also included expanded walkways, new seating areas and central plaza to be used for events. The developer demolished and replaced two older parking structures and close to 80,000 square feet of small shop retail space as well as the 70,000-square-foot site of a former Macy’s Men’s store. The developer replaced the space with modern store designs and added new two-story locations for Arhaus, Gap, H&M and Zara.