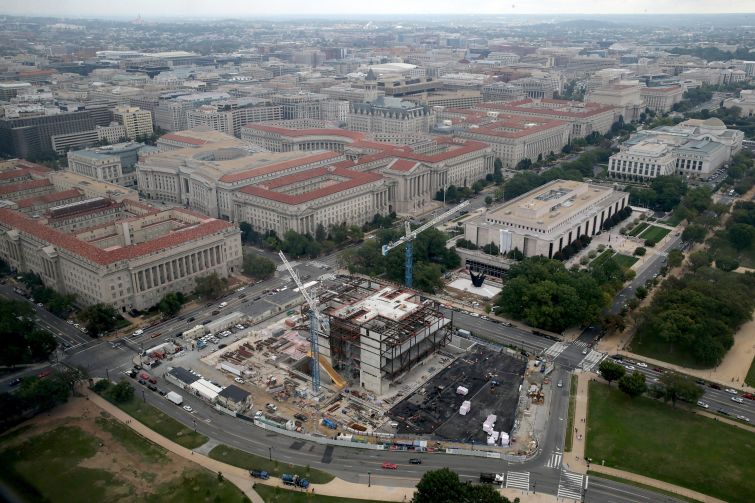 Over 30 years ago, the Washington, D.C. government created a law to champion high unemployment rates in the city. Under the First Choice program, developers and contractors who receive substantial funding from the District must sign an agreement to use the program’s registry as a first option for hiring so that more than half of their employees are D.C. residents.

In April, the D.C. auditor released a report revealing that more than 80 percent of the law’s 48 significant requirements had either not been implemented effectively or at all, due to mismanagement by the D.C. Department of Employment Services (DOES). After investigating a fraction of First Source firms, the report found that companies have been receiving financial benefits without complying with the hiring mandate to the tune of more than $22 million.

Though DOES is taking steps to mitigate the issues, city leaders, construction companies and their advocates are still concerned about what it will take to truly make the program successful.

“As a government, we’ve got to stop making promises that we don’t keep,” said D.C. Auditor Kathy Patterson, in a press release announcing the results of the investigation.

The report, which examined fiscal years 2014 to 2016, found that DOES employees have poorly tracked companies’ compliance and rarely enforced the law’s penalties.

The Office of First Choice Compliance is run by a supervisor and three staffers who monitor 280 contracts or projects that collectively have 864 employment agreements, according to the report. During the review, the auditor looked at 27 government-assisted projects that encompassed 235 employment agreements with general contractors, subcontractors and other businesses in both construction and non-construction sectors.

One of the report’s findings, included in the 48 requirements that had not been effectively met, was that First Choice agreements between contractors and the city were not consistently filed. After reviewing and analyzing 124 contracts over $300,000 awarded by the city in 2015, the auditor couldn’t find 30 agreements, which totaled approximately $22 million.

The report also noted that DOES wasn’t able to determine if contractors were giving first preference to D.C. residents because referral documentation was not consistently reported. From a sample of 27 projects, the auditor found that none of them had turned in monthly forms that the agency created to prove hiring compliance. Additionally, the agency had administered only one fine during the examined time period despite all of the penalties detailed in the law.

This isn’t the first time the beleaguered Office of First Choice Compliance has come under scrutiny. An auditor’s report in 2010 found that the short-staffed DOES could not adequately track reports and fulfill monitoring duties, which meant developers may not have employed as many D.C. residents as they could have. In a sample of 16 projects, only four met or exceeded the 51 percent hiring goal, according to the 2010 report, which states that the city lost potential job revenue of more than $14 million.

To mitigate these issues, the 1984 law was updated in a 2011 amendment. That year, D.C.’s unemployment rate was 11.1 percent with some parts of town over 30 percent unemployed, according to the U.S. Department of Labor.

One of the most significant changes to the law was raising the financial base from $100,000 to $300,000—meaning that 51 percent of all new hires on any government-assisted project or contract between $300,000 and $5 million must be District residents. The update also enhanced the requirements for projects receiving $5 million or more in government assistance. Other changes required firms to provide documentation showing a good-faith effort to comply with First Source and pro-rated fines for not reaching specific hiring requirements.

Up until 2016, the Office of First Source Compliance was located in the DOES’ Office of Employer Services. In 2017, it moved to DOES’ Office of Labor Law Enforcement under new leadership. The new director developed an operations plan and a new six-month strategic operation achievement plan. In March 2018, a month before the auditor’s report was released, the office issued standard operating procedures for the first time since the law’s inception.

“Many of the procedures, if effectively implemented, will correct many of the monitoring and oversight deficiencies cited in our reports,” the auditor noted. DOES’s interim director did not respond to Commercial Observer’s request for comment.

On June 21, the D.C. Council’s Committee on Labor and Workforce Development held a public roundtable on June 21 to address the report’s findings.

Deputy Auditor Lawrence Perry, who testified at the hearing, told CO that one of the most important recommendations in the report is for DOES to establish lines of communication between city agencies that select beneficiary companies such as the Office of Contracting and Procurement, Department of General Services and Office of the Deputy Mayor for Economic Development.

“I think that would go a long way because DOES has increased their outreach to help developers become more knowledgeable about what the law actually states,” Perry said. “So now they should coordinate with all the different contracting agencies within the District to make sure they have all beneficiaries.” He added that DOES should also begin to immediately monitor  hiring throughout projects’ phases so that everyone stays on track and in compliance.

At-Large Councilmember Elissa Silverman, who chairs the labor committee, told CO that “clearly something is broken with First Choice,” adding that DOES’ inability to track requirements and enforce the law make it appear that the agency is “not a government in the 21st century.” In agreement with Perry, Silverman said that there needs to be a more streamlined and efficient process to match jobs and residents.

Several witnesses at the hearing said the city has a shortage of candidates who are qualified for positions such as welders and electricians, Silverman said. “If we keep hearing that from employers, then there’s a training gap,” she noted. “And if there’s not, we need to figure out what’s going on here.”

She said employers also linked D.C.’s affordable housing crisis to the lack of qualified workers. As a result, a long-term solution could be making investments in both affordable housing and quality educational opportunities for children, Silverman said, explaining that those are two reasons why District residents end up retreating to nearby suburbs.

In addition to a reporting system that he calls “the most stringent and complex” for DOES to administer and companies to comply, Roderic Woodson, an attorney who focuses on D.C. municipal law issues, said that D.C.’s unemployed population isn’t prepared to work for reasons beyond academic training.

Woodson, a partner at D.C.’s Holland & Knight office who represents clients such as Miller and Long Construction, Donohoe Construction and MC Dean, said that one of the biggest barriers in hiring is contending with D.C. residents who suffer from substance abuse issues that prevent them from passing drug tests or keeping jobs. In addition, many young people in the District lack basic life skills such as the ability to show up to work on time, remain at the job all day and handle interpersonal frictions in the workplace in nonviolent ways.

“The problem is not hiring, it’s retention—that’s where the rubber meets the road,” Woodson said.

Fareed Christy, the COO at Parkinson Construction, agreed. “Our company has been around since 1983 and we’ve always had some problems with First Source. For some reason, people we’d hire would show up to work for a month or two, then leave—which left a pretty bad taste in our mouths,” he told CO. Parkinson has worked on projects from the construction of the National Museum of African American History and Culture to renovations of the Pentagon and multiple D.C. high schools.

During the hearing, Woodson proposed a solution to skills and life training that’s modeled after a South African program during the 1970s and 1980s. International companies who did business in the country adopted the “Sullivan Principles”—named after African-American preacher Rev. Leon Sullivan—to address employment, education and wage opportunities for black South Africans suffering under racial apartheid.

Woodson said that the historic program’s success led him to collaborate with members of the D.C. community on a workforce development program called the “Accords of Corporate, Civic, and Faith-Based Responsibility,” which was denied at a First Source hearing several years ago. He presented it again in June as an option for companies who benefit from District funding to partner with groups that provide holistic training to residents in preparation for employment.

A spokeswoman for Silverman told CO that labor committee staff are taking a close look at Woodson’s proposal as they search ways to “remove barriers and increase workforce opportunities.”

Christy said that under Mayor Marion Barry, Parkinson was one of the only construction firms to participate in a returning citizens program that employed people who came out of jail. “People we hired were a lot more motivated—not to just have a job but a career,” he said. “They looked at things from a longer-term perspective.”

Through the First Source program, people with criminal backgrounds aren’t eligible for jobs, which Christy said should be changed in order to help firms hire reliable employees.

Christy said Parkinson is also challenged because the firm, which specializes in masonry, is often hired by general contractors who sign the First Choice agreements with DOES. The general contractors find “loopholes,” he said, by requiring subcontractors such as Parkinson to fulfill the 51 percent requirement without any incentives.

And with a specialized trade, it’s difficult for the firm to hire people who can actually do the work. “Construction takes time—it’s nothing that could be done instantly.” He suggested that First Source set aside extra money for firms to train candidates on specific skills.

First Choice doesn’t work if companies that must comply are resistant, Silverman said. “I thought the testimony of the various witnesses who spoke about some of their frustrations with First Source were helpful,” she continued, “but my interest in First Source is making sure that when we make an investment in a company or project that we get a good return on investment from it, including jobs.”

To that end, she’s taking “a fact-finding approach” to the myriad of issues. She will speak more to employers and entities that represent them before the committee makes any concrete decisions.

“There are a lot of moving parts in the First Source sphere,” she said. “It’s quite shocking that it took so long for us to figure this out and address these issues but we are and I’m thankful for that.”