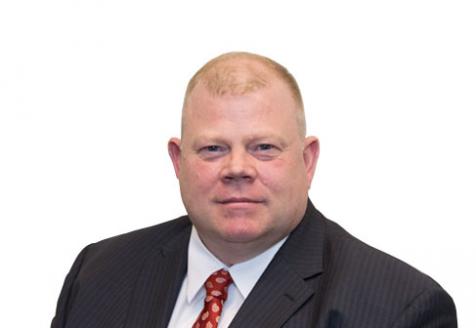 Hudson Meridian Construction Group, one of New York City’s leading private construction management firms, is please to announce that Richard Cote has returned to the firm in the role of executive vice president. Mr. Cote will oversee the firm’s public sector division, including all waterfront and infrastructure projects in New York City, and will supervise projects for the private sector as well.

Mr. Cote previously worked at Hudson Meridian in the role of project superintendent from 2004 to 2012. During this time, he led prestigious New York projects including the renovation of the teaching kitchens for the International Culinary Center (formerly the French Culinary Institute); renovations for the Intrepid Sea, Air & Space Museum; and the construction of a 12-story luxury condominium in Park Slope, Brooklyn. He also spearheaded projects for the Battery Park City Authority, including the Irish Hunger Memorial.

From 2012 to 2017, Mr. Cote served as director of operations for the asset management division of the New York City Economic Development Corporation (NYCEDC). During his time there, Mr. Cote managed a large portfolio of capital construction projects, including the implementation of the citywide Ferry system and efforts related to the recovery from Hurricane Sandy. Mr. Cote was also instrumental in refining city operating procedures, helping to reduce costs and improve response times.

A retired U.S. Army officer, Mr. Cote served three tours in Afghanistan and Iraq and earned two Bronze Stars, which are awarded for heroic or meritorious achievement in the U.S. Armed Forces. He retired at the rank of Lieutenant Colonel. Mr. Cote graduated from the Valley Forge Military Academy in 1984 and from Manhattan College in 1990. He later attended the U.S. Army Command & General Staff College, graduating in 2002.

“It is great to have Richard back leading our public sector division. Under his leadership, we will again take a significant role in this sector. His unique expertise and experience in government-financed construction will be a valuable asset to Hudson Meridian and our clients,” said William Cote, founder and chief executive officer at Hudson Meridian.

“It’s great to be back at Hudson Meridian. I will surely miss the exciting and strategic work I did for the city during my tenure at NYCEDC. But I am excited to get Hudson Meridian more involved in public sector infrastructure, resiliency and waterfront projects. I look forward to focusing on this and working with a diverse and varied client base to bringing my unique, effective and successful style of project management to the industry,” said Mr. Cote.

Hudson Meridian is LEED certified and a member of the U.S. Green Building Council, the National Association of Home Builders and the New York Construction Alliance.