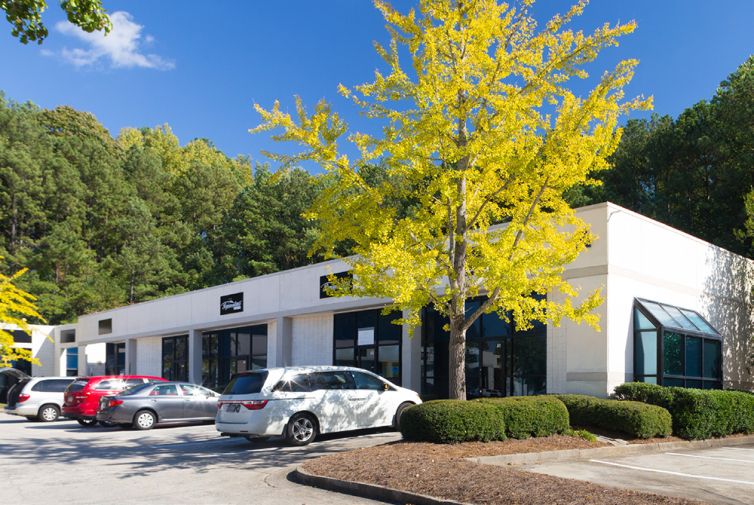 One of 52 buildings within the portfolio (HFF declined to provide the exact location). Courtesy: HFF

HFF marketed the portfolio—spread across the Dallas-Fort Worth Pnd Atlanta metropolitan areas—for Berkeley and also represented the buyers in the arrangement of the financing. The debt is a three-year, floating-rate acquisition loan, with two one-year extension options, brokerage HFF announced Thursday. The brokerage declined to comment on the financing beyond the release.

There are 28 buildings in the Dallas portfolio that are classified as either warehouse or light industrial and are leased out to 149 tenants, according to HFF, and the four remaining portfolio properties are in the Atlanta area and comprise 24 light industrial buildings totaling 558,583 square feet, located northeast of downtown Atlanta in Doraville.  The Atlanta properties house 183 tenants.

A representative of CIBC was not immediately available for comment on the deal. Circle Industrial could not immediately be reached. An official at FREO Group did not return comment by press time.