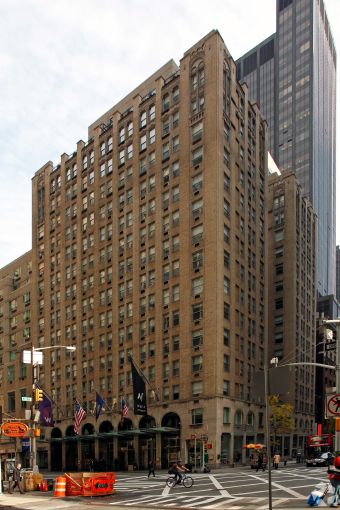 Capstone Equities and Highgate‘s financing on the former W Hotel at 541 Lexington Avenue consists of $170 million in debt, according to property records.

The deal comprises three distinct mortgages: a $140 million loan to finance the acquisition of the hotel, for which the partnership is paying $190 million, as well as a $20.5 million project loan and a $9.5 million building loan.

When grouped together, the loans appear to represent an exceptionally high debt load on the property, amounting to nearly 90 percent of the price the building sold for.

LoanCore Capital is the lender behind the deal, as The Real Deal previously noted when it reported a portion of the package two weeks ago.

The 700-room lodging, which stands between East 49th and East 50th Streets, was previously branded as a W Hotel before the transaction, but now operates as The Maxwell. The 14-story building includes a restaurant, Heartbeat, as well as a lounge and a bar called Whiskey Blue.

It’s been a busy May for LoanCore in New York City. At the beginning of the month, the Connecticut-based lender controlled by GIC—Singapore’s sovereign wealth fund—and the Canadian Pension Plan Investment Board—lent $100 million in a CMBS refinancing of a Brooklyn warehouse that New York City uses for emergency preparedness. Over the next three weeks, the firm also originated a $42 million loan on a Midtown East retail building and a $27 million financing on a creative office building in Long Island City.

The Midtown East hotel isn’t the only W location to change hands lately. The Real Deal reported earlier this week that Westbrook purchased the chain’s outpost in Union Square for $168 million.

Eastdil Secured brokered the financing. A representative for that company, as well as those for Capstone, Highgate and LoanCore, did not immediately respond to inquiries.