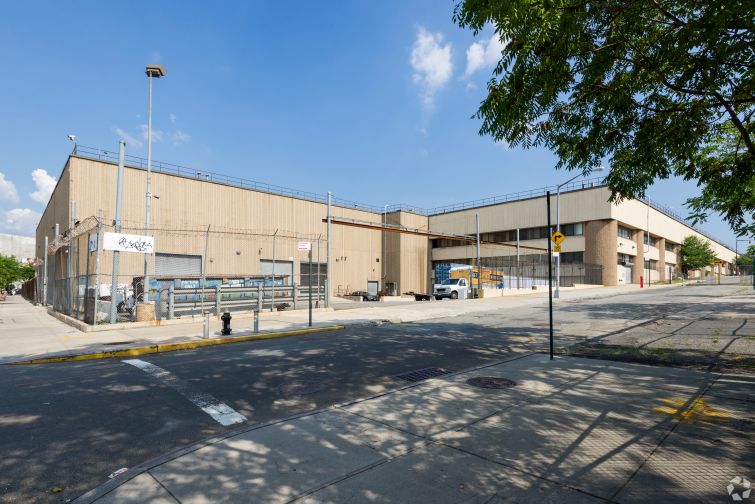 The new ten-year loan refinances an $85 million mortgage, also from LoanCore, from April 2017 and will be rolled into Deutsche Bank‘s forthcoming COMM 2018-COR3 commercial mortgage-backed securities transaction, according to analyses published by Fitch Ratings and Kroll Bond Rating Agency. The interest-only loan, which will be the CMBS transaction’s largest, carries a fixed rate of 4.17 percent and was underwritten at a loan-to-value ratio of 51.3 percent, according to Fitch.

The 315,600-square-foot warehouse, built in 1988, stands at 930 Flushing Avenue, spanning the entire block enclosed by Flushing and Evergreen Avenues and Noll and Stanwix Streets in Bushwick. The two-story structure was last renovated in 2009. Since 2006, the New York City Office of Emergency Management has leased space in the building to store emergency vehicles and train city employees. The agency expanded its lease to include the entire facility in 2016.

Robert Wolf, the owner of Read Property, maintains a 62.5 percent share of the building, and the remainder belongs to Joseph Tabak and his firm, Princeton Holdings. As part of the loan agreement, the owners will invest $79 million in renovating the property

The building is “vital to emergency response for all of New York City,” according to Fitch, and the OEM is committed to the space through 2036. Nonetheless, the city maintains the option to terminate up to 40,000 square feet of its lease on twelve months’ notices. Fitch estimated that the warehouse will pull in about $1.1 million per month in rent, or about $3.60 per square foot.

Representatives from LoanCore, Read Property, Princeton Holdings and the Office of Emergency Management did not immediately respond to a request for comment.