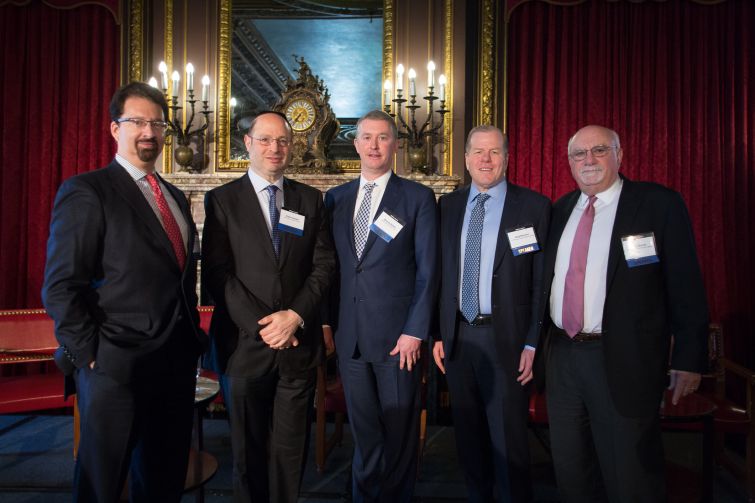 Within a market filled with capital that’s being deployed in a multitude of ways and from a variety of angles, J.P. Morgan’s Greg Reimers alluded to a famous quip from Warren Buffett to hint at what may come of the playing field should there be a downturn.

“You only find out who’s swimming naked once the tide goes out.”

With traditional banks having pulled back slightly in some areas of lending and still facing regulatory pressures, the ascension of unregulated and aggressive alternative lenders of all shapes and sizes is no secret. Even while major banks still have the strongest lending footprints, they find themselves wanting.

”It depends on the type of lending,” Wiener said when asked about how rising interest rates and competition has affected lending. “With construction lending, spreads have come in. But, we’re really focused on the borrower. If you look at community banks and alternative debt [compared to Wells Fargo], we’re more regulated, so our credit quality is not changing.

“[Alternative lending is] less structured and spreads are greater,” Wiener added. “As rates go up, then you’re borrowing at [a six percent interest rate]. It’s less efficient than what banks can do.”

Schuh said that Starwood is very interested in the challenging sphere of construction financing and likes to be active where others aren’t.“We look for voids in the market and opportunities where banks pulled back and capital isn’t afraid to take risks,” he said. “But we’re thoughtful in our evaluations. We’re regulated by shareholders.”

“We’re most aggressive on multifamily, with the amount of liquidity, there,” Schuh said. “We’re cautious on retail, but we also don’t redline any markets. Our average balance is $100 million and we usually focus on the top 10 to 15 markets throughout the country and the coastal markets. We’re seeing some softness in luxury condo market, but we actually find those opportunities interesting.”

Edelstein hinted that a recession is ready and waiting, as has been the case throughout their respective careers after boom years, and he asked how each panelist will brave a potential storm. Weiner said his group is “going to stick to what we do best, which is knowing our client and how much equity they can bring in, as well as their track records.”

“We’re going to remain disciplined and watch leverage points,” Schuh said. “We raised over $1 billion in corporate debt and we’re relying on that, having people call you for capital. We have a lot of liquid assets, so we’re going to be looking for opportunities in a potential downturn.”

Reimers said: “Our plan is to stick to the plan. It’s been an extraordinary run through this cycle. We want to continue to watch our leverage and structure, especially with 2-5 year loans. But, It’s really hard to win when you’re underwriting for a downturn.”

Edelstein ended the discussion by asking who each of the panelists actually believe will be caught “swimming naked,” should there be a recession.

Herzka took a modest approach, saying that agencies will prosper because people will always need a place to live, but added, “Life companies and banks aren’t at risk. Alternative lenders have been disciplined, but they can stop in and take an asset [at the end of the day]. I don’t anticipate a deep recession.”

Reimers responded, saying, “in some form or fashion, it will be alternative lenders and equity holders.”

Schuh—an alternative lender—immediately followed, “Agencies, but it’s going to come down to to interest rate management.”