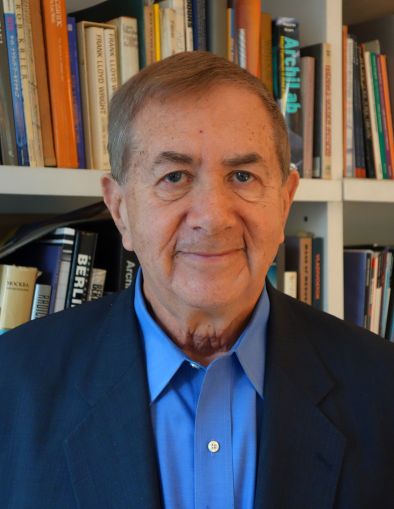 Architect Lee Harris Pomeroy, known for his restoration work on historic structures and designing the 36-story Swiss Bank Tower in Midtown to resemble surrounding landmarks, died recently. He was 85.

Pomeroy led his eponymous firm, which eventually became called LHP Architects, for more than half a century until he died on Feb. 18, according to information provided by a representative at the company. The firm declined to disclose the cause of death and burial information.

“He saw public architecture as one of the profession’s greatest callings and his work reflected this devotion and commitment,” according to a statement from LHP Architects. “One of his proudest achievements was his work on historic preservation, where he helped redefine how we thought about restoring and using public-use spaces.”

Some other LHP Architects restoration projects include working on enclosed masonry warehouse spaces constructed below the Brooklyn Bridge, rehabilitation work on the roof and ornamental copper work at Grand Central Terminal, revitalizing the Bleecker Street subway station in Lower Manhattan and designed public spaces and multi-level hotel suites in The Plaza Hotel. The company offices are currently at 275 Seventh Avenue between West 25th and West 26th Streets.

LHP Architects has worked on various projects around the globe, including the Bin Hai Convention Center in Tianjin, China along with a 60-story hotel on the site. And LHP Architects has designed six underground subway stations for a new transit line for the Kolkata Metro in India.

Pomeroy, a Brooklyn native, was a professor of architecture at City College of New York for two decades.

He received many awards over the course of his career, including numerous honors from the New York Landmarks Conservancy, the Preservation League of New York State, the Victorian Society New York and the Municipal Art Society of New York. He also received a fellowship from the American Institute of Architects New York and was a member of the Royal Institute of British Architects.

He is survived by his wife, two children, seven grandchildren and a sister, as The New York Times reported.