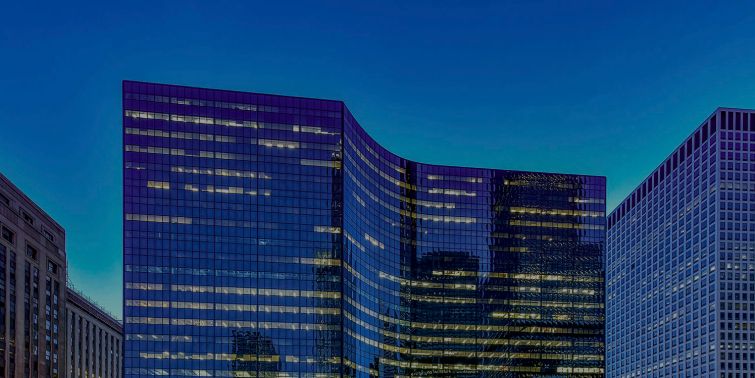 For the second time this week, a South Korean institution has originated a large loan in one of the U.S.’s biggest office markets.

Shinhan Investment Corporation, a subsidiary of Shinhan Financial Group—a major Korean financial holding company—has provided a $175 million loan on 300 South Riverside Plaza, a 23-story office tower in downtown Chicago, according to Talmage, which advised Shinhan on the financing. Third Millennium Group, a private equity fund with a small portfolio of office and warehouse holdings, owns the property, located in the West Loop area.

“This is a historic transaction for Shinhan and Korean investors in that we worked directly with the sponsor in the U.S.,” Dongyun Lee, a Shinhan senior manager who also goes by Eddie, said in a statement. “By closing 100 percent of the loan on our group’s balance sheet, we were able to transact quickly and reduce the execution risk caused by syndication.”

The building is located in the center of Chicago’s most densely constructed neighborhood. Abutting the Chicago River, 300 South Riverside Plaza stands adjacent to Chicago Union Station—a hub for Amtrak and the regional rail line Metra—and a block west of the Willis Tower.

In 2011, when a previous $120 million loan on the property was securitized into the DBUBS 2011-LC1A commercial mortgage-backed securities transaction, major tenants included JPMorgan Chase, the National Union Fire Insurance Company of Pittsburgh, Pa., and the Federal Deposit Insurance Corporation, according to Trepp. That CMBS loan has since paid off.

A website for the building lists amenities including a fitness center, a private theater, and a bike shelter.

Representatives from Shinhan, Third Millennium and BridgeRock Capital Advisors, another advisor on the financing, did not respond to requests for comment.