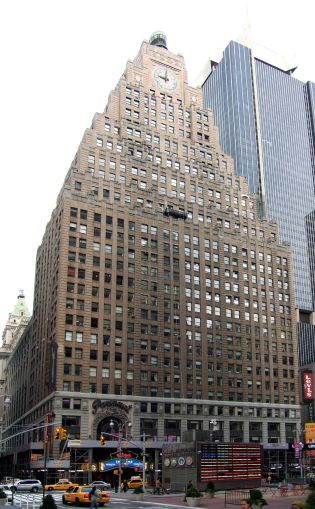 The Christine Valmy International School for Esthetics, a global cosmetology school, has signed a deal for 24,000 square feet at 1501 Broadway for its headquarters, school and executive offices, according to brokerage Avison Young.

The school will occupy part of the seventh floor of the 33-story tower, also known as the Paramount Building, between West 43rd and West 44th Streets. The asking rent in the 13-year deal was in the mid-$50s per square foot.

Christine Valmy has already moved into the Paramount Building in a temporary space on the ninth floor while its new digs is being constructed. It relocated from 261 Fifth Avenue between East 28th and East 29th Streets.

“While the history of the Paramount Building makes it the perfect location for theater tenants, we are very pleased with the diversity of businesses that the building attracts,” said Avison Young’s Arthur Mirante, who handled the deal for the landlord, Paramount Leasehold.

The owners of the building are completing a $50 million renovation that includes moving and establishing a new lobby on the West 43rd Street side of the building, and replacing all the windows and elevators, and upgrading bathrooms.

“After an exhaustive search, 1501 Broadway emerged as a desired destination for the Christine Valmy staff and students,” Mandel said in prepared remarks. “As a 50-year- old institution, the company can create a dynamic new global headquarters and school. The Paramount Building has modernized into a destination property with both history and an unbeatable location in the heart of New York City.”

The Real Deal first reported news of the deal.