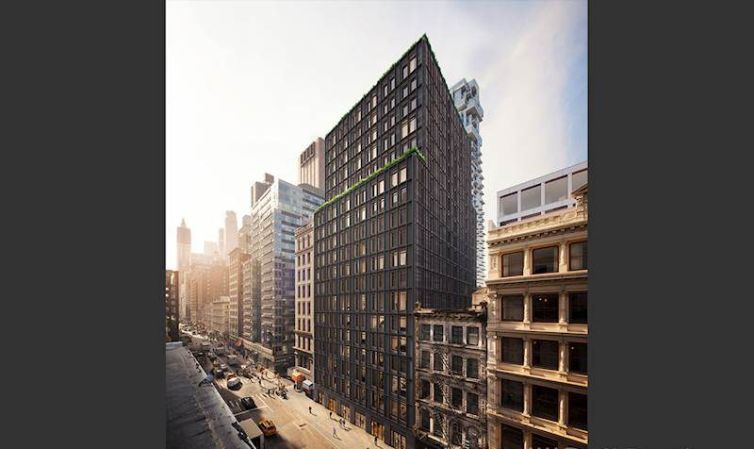 The package includes a $41.1 million senior loan, a $61.8 building loan and a $41 million project loan provided by a syndicate of banks, including MUFG Union Bank, CIT Bank and Santander Bank, a source with knowledge of the deal confirmed. The source declined to provide the terms of the transaction, which closed on Oct. 31.

Earlier this month, Toll Brothers City Living and the U.S. division of Shanghai Municipal Investment announced its joint-venture plan to develop the 19-story, 111-unit luxury condominium at 351-357 Broadway. SMI USA paid $73 million for a 75 percent stake in the condo project, according to records filed Monday with the Department of Finance. Although the land technically runs from 351-357 Broadway, the finished project will essentially be situated between Broadway and Church Street.

Toll Brothers bought the sites in 2015 for $21 million, property records show. The condo project is being designed by Skidmore Owings & Merrill and Hill West. The buildings interiors are being designed by New York-based Whitehall Interiors.

Condominium prices at 91 Leonard run from $750,000 for a studio residence to $10.5 million for a four-bedroom, four-and-a-half bathroom penthouse, according to the property’s website.

On Construction Post-COVID, Win the Future or Get Swallowed by the Past