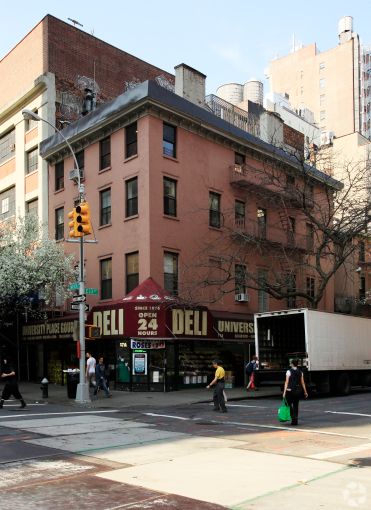 At the end of May, the world’s first stand-alone Nutella Cafe opened in Chicago, featuring crêpes, croissants, waffles, pancakes and French toast—of course served with Nutella. And now for its second permanent cafe (Nutella has had popup cafes nationwide), Italian chocolate manufacturer Ferrero International S.A. will be opening a Nutella Cafe in Greenwich Village, Commercial Observer has learned.

The new cafe and coffee bar will occupy 2,200 square feet at the base of an under-construction residential condominium development at 116 University Place at East 13th Street, a source with knowledge of the deal said, via a 10-year lease. The asking rent was $350 per square foot.

Ferrero, one of the world’s largest manufacturers of chocolates with global brands including Nutella, Ferrero Rocher, Tic Tac and Kinder Surprise eggs, chose University Place for it “proximity to Union Square…colleges, office workers, [residents and] movie theater,” the source emailed. “[The] area bustles seven days a week and draws people from all over the city.”

Developers Ranger Properties and KD Sagamore Capital are erecting a seven-story building at 116 University Place, with six floors of retail, one unit per floor. The Morris Adjmi-designed condo is slated for completion next year, and Nutella Cafe will be the only retailer in the building.

Scott Kummings and Ben Daniels of KD Sagamore represented the developers in-house. SCG Retail’s Jacqueline Klinger and Ian Rice represented Ferrero. None of the brokers involved were available for comment.

Ferrero made news at the end of last month when The Wall Street Journal reported that it would be opening a 4,200-square-foot innovation outpost in the Bridge at Cornell University’s technology campus on Roosevelt Island. Klinger and Rice represented Ferrero in this deal with Forest City New York, which developed and manages the building.