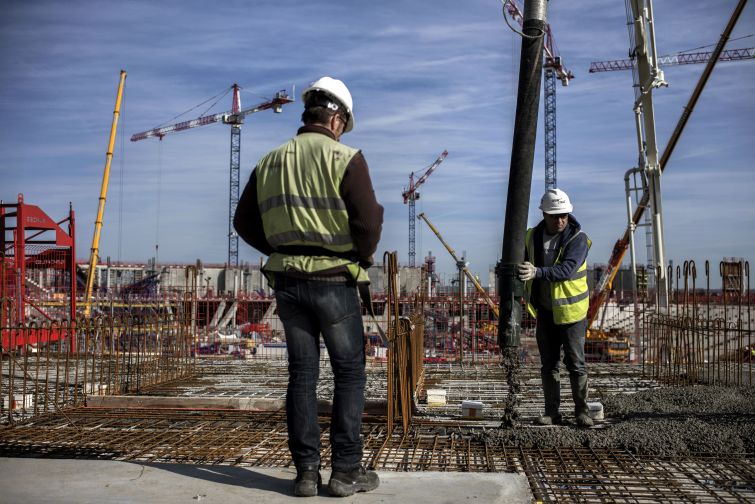 Advocates of open-shop construction were dismayed while New York’s trade unions were thrilled by the City Council’s latest draft of a bill that lawmakers say will increase safety in the industry.

The bill, 1447-A—originally nicknamed the apprenticeship mandate—is part of a package of legislation called the Construction Safety Act that requires that all workers on a site must complete at least 59 hours of safety training and it creates a 14-person task force to oversee the implementation of construction site safety rules. (The new bill doesn’t mention apprentice programs.)

If voted on, the new bill will make it more difficult to entice new people to join the construction industry, according to Kenneth Thomas, the president of the New York Construction Alliance (NYCA), a group of construction managers that promotes using subcontractors on a job regardless of union or nonunion affiliation.

Thomas said that because current workers need just 10 hours of safety training from the federal Occupational Safety and Health Administration (OSHA), this jump (six times the OSHA standard) is too extreme. NYCA has long claimed that injecting more safety requirements into the law is a way of punishing nonunion shops.

Thomas is calling for a review of the bill by the nonpartisan city agency Independent Budget Office (IBO) before any vote so that it can assess how it could affect jobs in the city.

“It could be difficult to source local labor with a 10-hour OSHA card at this point. Just imagine telling people, ‘For you to work on a site now, you need 60 hours,’ ” Thomas said. “This legislation seeks to add hurdle after hurdle after hurdle to disincentivize men and women seeking to work in the industry.”

Thomas sent a letter on July 20 urging Speaker Melissa Mark-Viverito to halt voting on the legislation until it can be reviewed by the IBO. A spokesman for the IBO told Commercial Observer that it has received Thomas’ request to review the impact of the potential law and it will get back to him, but it has not decided if it will do so.

Gary LaBarbera, the president of the Building and Construction Trades Council of Greater New York, who represents more than 100,000 union workers in the city, spoke out against the review calling it an attempt to “kick the can down the road,” adding that since about 34 workers have been killed on sites since 2015, the city needs to move faster.

“To those calling for an IBO study to be conducted on how Intro. 1447 will affect construction jobs in the industry, I say we don’t need any more studies—we need action,” LaBarbera said in prepared remarks. “This is clearly just a diversionary tactic…In the meantime, there are hard working New Yorkers who are at risk of being injured on the job.”

Louis Coletti, the president and chief executive officer of contractors’ group Building Trades Employers’ Association, said there needs to be more hours of safety training required on sites as OSHA’s 10-hour minimum was too basic.

Coletti said he wasn’t sure if 59 hours was too much, but added that what’s more important is that there needs to be an increased effort to enforce regulations. Colletti explained that many workers today who haven’t completed the current required 10 hours, somehow are given safety training completion cards to work on sites.

Councilmember Jumaane Williams, the co-sponsor of the bill, said the council is still collecting feedback on the draft and has not decided when there will be a vote on the legislation. He added that the bill is not about union or nonunion workers and lawmakers are “trying to not lock anyone out of the industry.”

“We have to move on this legislation because the city has been for too long derelict when it comes to construction safety,” Williams said. “I fully expect there to be some more revision [of the bill]. We’d love to address as many of the concerns as possible, as long as it doesn’t affect our goal to get more training for people on construction sites.”