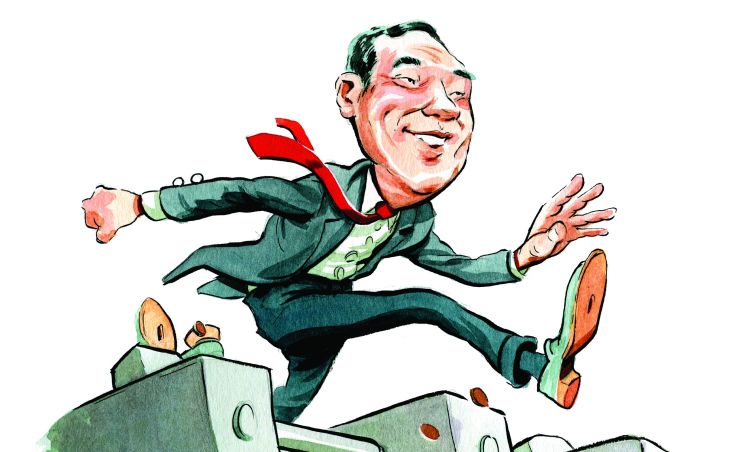 For a lot of players on the Power 100, it’s never about whether they’re on the list. It’s strictly a where question. The real drama is found in who rises and who falls—and why.

Cuomo, who just two years ago was languishing at No. 28, has muscled his way into the No. 9 spot, in large part thanks to the most ambitious infrastructure proposals since Moses (Robert Moses, we mean). The figure he tossed out during his State of the State address was $100 billion for the city and state’s highways, airports and god only knows what else.

Sutton had been hovering on the edge of the top 10 for years, and he finally broke through largely thanks to the $700 million deal he inked for a new Nike store at 650 Fifth Avenue (SL Green Realty Corp., Sutton’s partner on the building, has long had a place in the top 10).

John Banks also shot up from No. 62 when he was still learning the ropes as the head of the Real Estate Board of New York, to a more powerful No. 40 given the recent success REBNY has tasted in its effort to restore 421a.

Affordable housing seems to be an ever-present issue in New York, and the man who is probably giving the city its best dose of it is L+M Development Partners’ Ron Moelis, who last year was at No. 78, but who felt we should jump him to No. 45.

Some of the adjustments were more modest. Albert Behler of the Paramount Group was No. 67. That seemed low. We jumped him a level to No. 57.

But the biggest jump was without question that of Wu Xiaohui, the chairman and CEO of Anbang Insurance Group who we ranked No. 71 last year thanks to his acquisition of the Waldorf-Astoria. It’s true, Anbang’s multibillion-dollar headline deal with Kushner Companies to redevelop 666 Fifth Avenue fizzled, but there is little question that the Chinese giant is in U.S. real estate for the long haul. Last fall it spent $6.5 billion picking up Strategic Hotels and Resorts from Blackstone. That’s gotta be worth No. 38.