Power of Attorneys: The Lawyers Who Shape Everything in the World of Real Estate 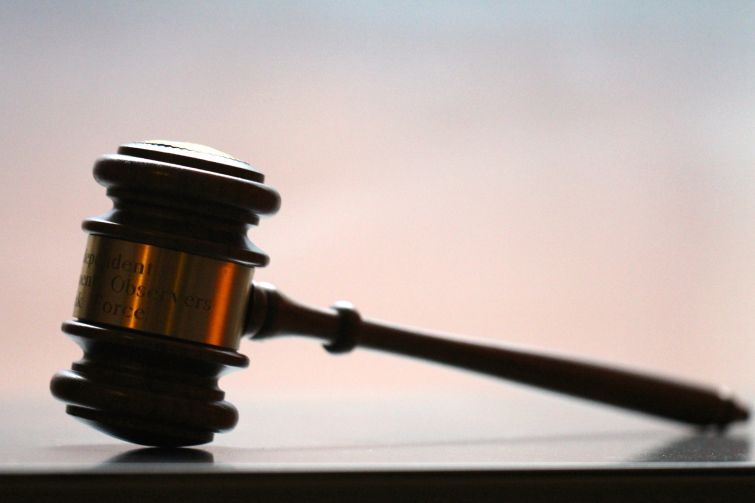 Behind every power broker, power developer and power landlord is a power attorney.

From Hudson Yards to the New York Wheel in Staten Island to the East River Science Park, these lawyers have been getting down and dirty in the details to make sure that all of these projects that are changing the city’s streets and skyline come to fruition.

Here are seven of the legal world’s most powerful, most connected and most exciting players.

Michael Zetlin, a founding partner of Zetlin & De Chiara, is a construction litigator and contract specialist who mostly works on the developer side. Part of his job is “to minimize the risk of cost overruns and do a balancing act of risk allocation issues,” Zetlin said. “The way you do that is by structuring contractual arrangements that are reasonable, equitable and thorough.”

Zetlin and his team are currently working on construction agreements for the Dermot Company’s 43-story Riverside Center at 21 West End Avenue—a vertical village between Lincoln Center and the Hudson River. The glass tower features 35 floors of residential units and more than 3,500 square feet of amenities. During 2016, the firm handled the contract for the fit-out of the public school component of the project and, in 2016 and 2017, worked on the closeout agreement with the construction manager.

Zetlin is also busy representing The Jewish Theological Seminary in the negotiation of construction agreements for the reimagining of its Morningside Heights campus. The modernization, estimated at $96 million, includes a 10-story tower with a residence hall, library and state-of-the-art facilities for the largest collection of Judaica outside of Israel.

Ross Moskowitz has been a member of the real estate practice group at Stroock & Stroock & Lavan since 1998, but he’s been involved in New York real estate and commercial development since well before that. Prior to joining Stroock, he held senior positions at New York City Economic Development Corporation and the city’s Industrial Development Agency, a division of the EDC. In the latter, he oversaw the issuance of more than $1 billion in bonds for the development of major infrastructure and manufacturing facilities across the five boroughs.

Since joining Stroock, Moskowitz has advised on the structuring and financing of many of New York’s marquee public-private projects. In December 2016, he represented private equity firm Blackstone Group in the city’s largest multifamily transaction of the year. Stroock served as land-use and government relations counsel in Blackstone’s $620 million purchase of Kips Bay Court, an eight-building, 894-unit rental complex, with apartments selling for nearly $700,000 each.

For the past decade, Moskowitz has advised Alexandria Real Estate Equities, an urban office REIT focused on life sciences and technology campuses, on the development of a new Alexandria Center for Science and Technology at the East River Science Park. The $700 million bioscience park includes 1.1 million square feet of commercial and lab space, along with one acre of public open space.

After representing the New York Mets in development of their new ballpark, Citi Field, Moskowitz is now representing Sterling Equities and the Related Companies in a $3 billion project to develop 23 acres of Willets Point near Citi Field that promises to turn the once-blighted area into a new corridor for residents and commerce.

“We are fortunate enough to have clients who look at us as strategic advisers and counselors who can help them formulate a strategy,” Moskowitz said.

Jonathan Canter, a partner at Kramer Levin Naftalis & Frankel, is one of a 45-strong real estate department that represents developers, lenders, borrowers and investors involved in many of the city’s game-changing projects.

In 2016, he represented Related Companies and Oxford Properties Group in registering and bringing to market their $1.7 billion offering of luxury condominiums located at 15 Hudson Yards.

Construction of the 89-story tower, which began in late 2014, is slated for completion in 2018. The building will include 285 market-rate condos, from one to four bedrooms, selling for $2 million to $32 million a pop. The building will also include 106 affordable units as well as The Shed, a not-for-profit performing arts facility.

This year, Canter has been busy representing venture partners Related and Vornado Realty Trust in a $1.6 billion plan to develop Moynihan Station at the James A. Farley Post Office, located across from Madison Square Garden. The development will include 700,000 square feet of office and retail space atop the 250,000-square-foot train station.

To make the legal structure work for all the stakeholders involved, including Amtrak, the Metropolitan Transit Authority and the Empire State Development Corporation, “we needed to divide up legal ownership of the project into condominium units that the various stakeholders will either own or long-term net-lease from the ESD,” Canter said.

Looking ahead, “Clearly there is uncertainty in the market,” Canter said, “but once these projects get going, there is a momentum to them.”

As chair of the global real estate practice and co-chair of the REIT practice at Greenberg Traurig, Robert Ivanhoe focuses on sophisticated real estate financings, work-outs, restructurings, acquisitions and dispositions of all asset classes. Last year was a busy one for the attorney, to say the least.

In May 2016, Ivanhoe led his team in representing The Chetrit Group and Clipper Equity in their $1.4 billion sale of the Sony Building located at 550 Madison Avenue to the Olayan Group, a Saudi Arabian investment company.

“Foreign investment is slowing down a little, although it has not stopped,” said Ivanhoe. “But, that is what had been driving the market in 2015 and 2016.” He cites governmental regulations in China—which have made it much harder to get money out of the country—and exorbitant pricing as the cause for the slower pace in 2017. “I think foreign buyers feel prices have gone up, and the Chinese may feel that they have been too aggressive on prices they paid in the last couple of years.”

In July 2016, Greenberg Traurig represented Extell Development Company in its securing of a $140 million construction loan from Wells Fargo Bank for a pair of seven-story residential buildings at 222 Avenue A and 500-530 East 14th Street.

One month later, in August 2016, Ivanhoe represented Kushner Companies and LIVWRK, in their joint venture with CIM Group, in the acquisition of 25-30 Columbia Heights Watchtower and 85 Jay Street, located in the Dumbo neighborhood of Brooklyn.

Mark Edelstein, the chair of Morrison & Foerster’s real estate group, must have a thing for tall buildings: He’s been helping developers obtain the financing for several skyscrapers that, when completed, will change the New York skyline.

In 2015 and 2016, Edelstein represented a joint venture between Bizzi & Partners, Michael Shvo and New Valley in obtaining $174 million in EB-5 mezzanine financing to construct a luxury condominium apartment building at 125 Greenwich Street in Lower Manhattan. About $100 million in development financing was received through the U.S. Immigration Fund; the joint venture is currently in the process of securing the senior financing and additional EB-5 financing—to the tune of almost $500 million. The lead bank on the deal is Singapore-based United Overseas Bank.

Edelstein is representing owners Goldman Sachs, Hines Interests and Pontiac Land of Singapore on the $860 million construction financing for 53W53. The 1,050-foot tower will include 145 luxury condos and three floors of new gallery space for the Museum of Modern Art. “This futuristic-looking building is significant architecturally,” Edelstein said. “Its crisscrossing steel beam façade, and the fact that it becomes progressively narrower as it rises, provides each apartment with a unique layout.”

In another high-in-the-sky project, Edelstein represented Gemdale, a Chinese developer who entered into a joint venture with New York developer Madison Equities and Pizzarotti IBC, for the construction and development of a 372,000-square-foot high-rise residential condominium project at 45 Broad Street. The $460 million construction project deal closed in May 2016.

Meredith Kane, the partner and co-chair of the real estate department at Paul Weiss, has been busy representing the MTA in its many real estate development activities, including the development of SL Green Realty Corp.’s 1.7 million-square-foot One Vanderbilt, slated to become the second-tallest tower in New York City and valued at over $3 billion.

In return for the right to build such a large office building under Midtown zoning, the developers are funding over $200 million in transit improvements, including those at Grand Central Terminal, the 42nd Street Lexington Avenue and Shuttle subway stations, and a 4,000-square-foot public transit hall on the ground floor. Kane has been working on the complex interactions between the MTA and the developers. She began advising the MTA on the project in 2015 and will continue until the project is completed in 2019.

Kane is also working at the behest of the MTA on the massive Hudson Yards project, being developed by Related Companies and Oxford Properties. The 26-acre, 12-million-square-foot development, currently in construction over the MTA Rail Yards from West 30th to 33rd Streets west of 10th Avenue, is scheduled for completion in 2029. It will include nine apartment buildings, three office buildings, 1 million square feet of retail space and a 10-acre park.

Another high-profile project Kane is working on is the $600 million New York Wheel in Staten Island, which will be the largest observation wheel in the Western Hemisphere—200 feet taller than the London Eye—and will open alongside a new retail complex and hotel adjacent to the Richmond County Bank Ballpark in St. George.

Mitchell Korbey is partner and chair of the land use and zoning group at Herrick Feinstein. He has advised clients working on projects involving the City Planning Commission, Board of Standards and Appeals, Landmarks Preservation Commission and the New York City Department of Buildings. His expertise in this niche comes from his former life as BSA commissioner and director of City Planning’s Brooklyn office, where he worked on the initial rezoning of Williamsburg and the plan for Dumbo.

Over the past eight years, Korbey has been representing Read Property Group in its large-scale rezoning plan for the former site of Rheingold Brewery in West Bushwick. Between 2014 and 2016, Read sold parts of the site to the Rabsky Group and All Year Management, both of which are working on developments, including an office building, residential buildings with some affordable housing and new open streets.

The three-to-four-block-wide site was originally zoned for manufacturing, but as the surrounding neighborhood has become residential, the community and the city have supported rezoning the area for residential development. The New York City Council approved the mini-master plan in 2015, and development began in early 2016. “It’s a great opportunity to continue the revitalization and invigoration of that part of Brooklyn,” Korbey said.

Since early 2016, Korbey has also been advising Property Markets Group in its work with the Department of City Planning in the city’s ongoing rezoning study of Gowanus.

More recently, he has been providing zoning counsel to Mitsui Fudosan, the real estate investment subsidiary of the Tokyo-based Mitsui Group, in another Hudson Yards area office building development comprising over 100,000 square feet. The project involves zoning, land-use and due diligence issues.