El-Erian Talks ‘Consensus,’ Why Trump Must Follow Through on His Pro-Growth Agenda 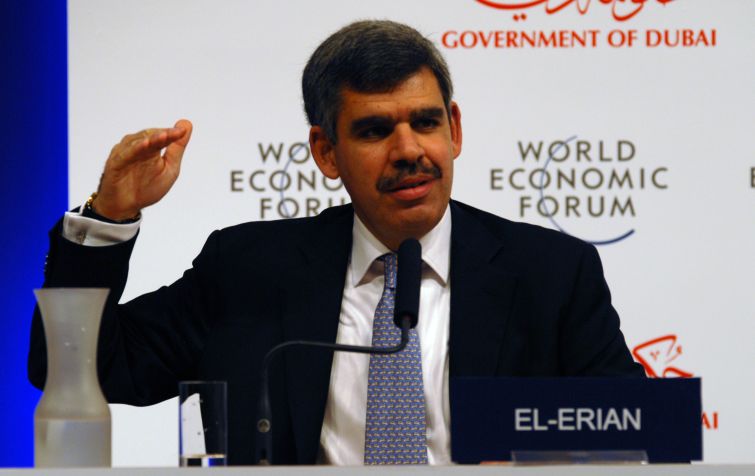 “You cannot be a good house unless you understand the neighborhood,” Mohamed El-Erian, the chief economic adviser at Allianz and the former chair of President Barack Obama’s global development council, told a packed house at the Mortgage Bankers Association’s 2017 CREF/Multifamily Housing Convention & Expo, referring to the numerous external circumstances affecting the commercial real estate industry.

El-Erian began by talking about “consensus” in terms of opinions that are formed through watching television or reading newspapers, and reminded the audience that consensus has gotten it wrong in the past—after all, it didn’t see the global financial crisis coming. “Consensus has struggled tremendously,” he said, but as for 2017 he expects, “More of the same [as 2016], but the balance of risk is on the upside.”

Growth will remain relatively slow this year but will be stable, the economist and author said. He predicts the U.S. economy will grow 2 to 2.5 percent, Europe 1 to 1.5 percent and China 5 to 6 percent. “Is it great? No. The U.S economy is capable of much more— but it’s stable,” El-Erian said. Central Banks will also play a critical role in repressing financial volatility and ensuring that any market instability doesn’t derail the economy, he said.

Politics will remain “noisy,” but won’t fundamentally contaminate the economy, El-Erian said, but he noted the rise in anti-establishment parties, citing the examples of Donald Trump’s election, the Brexit vote and the French election. El-Erian said that Trump’s election and his pro-growth agenda could have a positive effect on the economy however by “unblocking gridlock” on Capitol Hill.

All eyes are on the president’s pro-growth agenda.

“If Trump delivers on his pro-growth agenda and refrains from slipping into trade protectionism, then low growth becomes high growth, artificial financial stability comes actual stability,” El-Erian said. “If the Trump administration cannot follow up, and if trade protectionism takes hold and we have a trade war, the low growth becomes a recession and politics become a lot harder.”

He added: “It is very tempting to buy into the consensus, but before you do that think a little bit about all the improbables that have become realities and ask why are they happening. What we do know is that the current road is increasingly subject to underlying tension, and it’s all about policies.”