CREFC: 2017 Will Be the Year of the Quiet Optimism 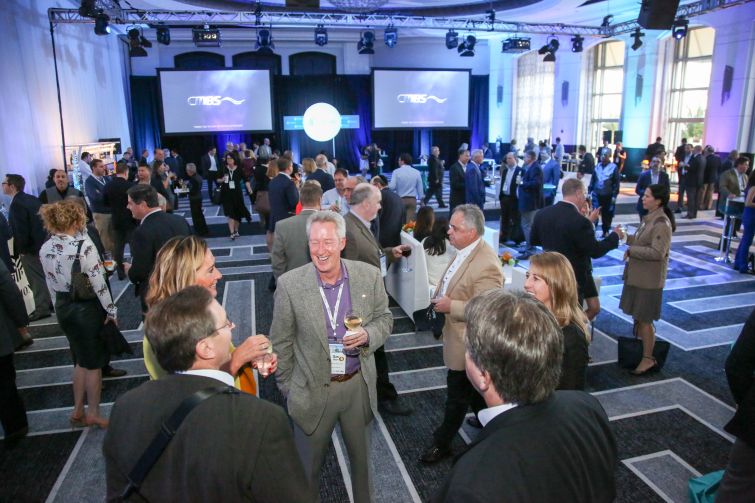 It was a snowy start for some conference-goers jetting down to South Beach for CRE Finance Council’s 2017 annual conference. Storm Helena’s wrath left most Northeast attendees stranded in terminals on Saturday and delayed on Sunday. No time was wasted upon (eventual) arrival however, with attendees making the most of the panels, parties and (ever-so-slightly warmer) weather.

Most of the executives that Commercial Observer spoke with agreed that the mood this year was far better than that of last year’s conference, with everyone seeming fairly—dare we say it —optimistic about what lies ahead in 2017.

While uncertainty still surrounds several events—the president elect’s potential policy changes, risk retention structures and rising interest rates—nobody appears to be heading for the hills. Instead, industry folk are preparing for what may come and talking possible eventualities through with peers and colleagues.

Perhaps some conference attendees were inspired by the hats that CCRE gave out, which read “Make CMBS Great Again,” (and were seen on the heads of several executives at the parties on Monday night).

Indeed, sources told CO that there would not be a slowdown in new issuance CMBS deals during the first quarter, even as originators start to experiment with how to abide by the risk retention rule from the Dodd-Frank Wall Street Reform and Consumer Protection Act.

For example, now that the risk retention rules have been implemented and the industry waits with bated breath for some regulator feedback, the next question is which of the potential structures makes most sense for the CMBS industry—horizontal, vertical or L-shaped.

Erin Stafford, the managing director of global CMBS at DBRS said the rating agency already has a very active pipeline for 2017, and that issuance volume will likely return to normal. Stafford also said Silicon Valley is an area to watch, with rents quadrupling in the area and spilling over into Oakland, Calif. “At some point that bubble may burst again,” she said.

All eyes remain on the retail and office sectors this year. The tidal wave of store closures among traditional anchor tenants such as Sears and Macy’s, combined with an increasing consumer preference for e-commerce, are leading some to re-purpose spaces with entertainment venues or upscale food markets. With regard to office space, and New York City offices specifically, the allure of the west side and lower Manhattan means that some Midtown East properties could be struggling for tenants when leases expire.

Financiers are also approaching hotel lending with caution, and underwriting is being tailored to 2015 levels, meaning that originators are not projecting future growth in the sector. Too many new hotels are coming online all over the country, which compiled with competitors like Airbnb, will drive down demand and pricing power for hotel operators.

Several conference-goers that CO chatted with were in Miami to meet with the nonbank lenders who played a far more significant role in the market in 2016—one that will likely continue this year. “The nonbank lending space is very strong and very well-capitalized,” said CapStack CEO David Blatt. “I think it will continue to grow in 2017. Any changes the new administration makes won’t happen any time soon—nonbank lenders are going to be around for a while.”

Traditional bank lending hasn’t gone away by any means, however, said attendees and panelists alike.

But even with the cautious optimism of market participants, it doesn’t seem like any CRE finance firms will be venturing into new territory. They will likely just stick to what they’re good at.

Brian Ward, the chief executive officer at Trimont Real Estate Advisors, told CO that his firm, for one, is sticking to its core services. “We’re purposely staying away from B-piece investing, even though it’s tempting when you see others getting into it,” he said. “We want to stick to what we do best—we’re not chasing the next big thing.”