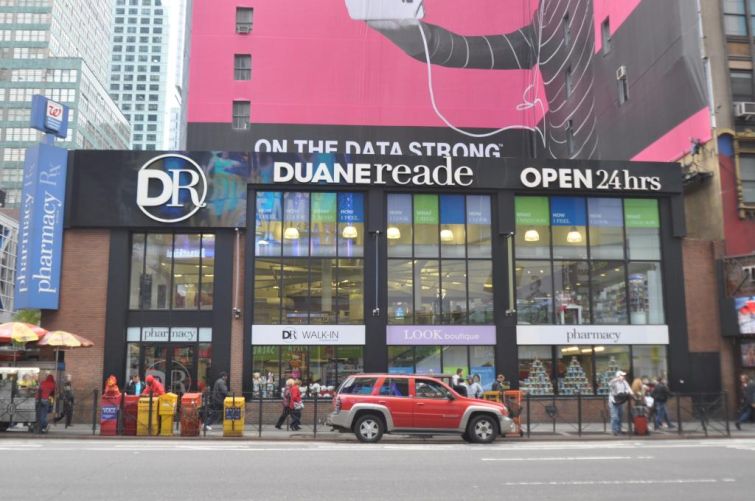 Bank of China provided the mortgage, which carries a three-year term with a Libor-based floating rate currently at 3 percent, according to a source who spoke on the condition of anonymity. Meridian Capital Group’s Carol Shelby negotiated the debt on behalf of the borrowers.

The pharmacy occupies the entirety of the 17,667-square-foot building at 661 Eighth Avenue at West 42nd Street, across the street from the Port Authority Bus Terminal. The drugstore chain’s lease expires in December 2021, Trepp data indicates.

The Bank of China debt is replacing a $60 million note that was securitized in the commercial mortgage-backed securities market, in the Wells Fargo-sponsored WBCMT 2007-C30, according to Trepp. The old loan was set to mature on Jan. 11, 2017 and carried an interest rate of roughly 5.9 percent, according to one of the sources.

The property is valued at more than $100 million because of Duane Reade’s increased rent and the air rights over the two-story building, which played a large role in the borrowers securing a lower interest rate on the loan, one of the sources said.

The property, which Wharton bought in a partnership that includes Crown Acquisitions and Midtown Equities, is immediately in front of the subway entrance to the Times Square station.

“Times Square is a prime location for retail because of its heavy pedestrian traffic and accessibility to Port Authority and numerous subway lines,” Shelby said. “Additionally, the available signage rights gives the property significant upside potential.”