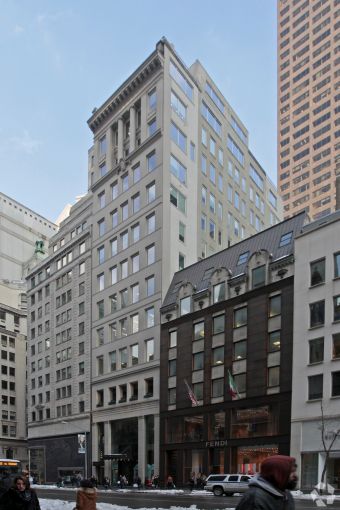 Metropole Realty Advisors received a $215 million mortgage from UBS and Citigroup to refinance old debt on 681 Fifth Avenue, according to records filed with the city on Tuesday.

The 10-year note from UBS and Citigroup will be securitized in the commercial mortgage-backed securities market, according to a source who spoke on the condition of anonymity.

The financing replaces a $125 million loan that Ladder Capital provided on the retail and office property in December 2010. That note—which was securitized in the Deutsche Bank-sponsored conduit DBUBS 2011-LC1A—carried a rate of 5.9 percent and was set to mature on Jan. 6, 2018, according to data from Trepp. It was not immediately clear why the borrower chose to refinance early.

Metropole purchased the 82,573-square-foot building, which is located between East 53rd and East 54th Streets, from Fortunoff Fine Jewelry and Silverware for $86 million in December 2005, property records indicate. The building was constructed in 1912, and Metropole completed a renovation of it in 2009, Trepp data indicates.