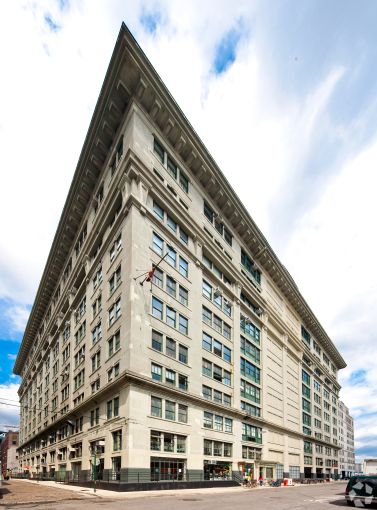 The new debt replaces a $75 million mortgage that New York Community Bank provided on the asset in September 2012.  The old debt was upsized to reflect further an upside in leasing at the property, a source confirmed on the condition of anonymity.

Two Trees, founded by David Walentas—with day-to-day operations now run by his son, Chief Executive Officer Jed Walentas—owns more than $4 billion in real estate assets, primarily in Brooklyn. The 14-story office building at 20 Jay Street, which was built in 1915, is one of a dozen buildings the Brooklyn-based firm owns in Dumbo.

Tenants in the 443,000-square-foot property include nonprofit New York Foundation for the Arts, advertising agency Red Antler and artist studio Barnaby Furnas. The average asking rent is $47.10 per square foot, according to CoStar Group.

Two Trees is also working on an office conversion of the 380,000-square-foot Domino Sugar Factory in Williamsburg.