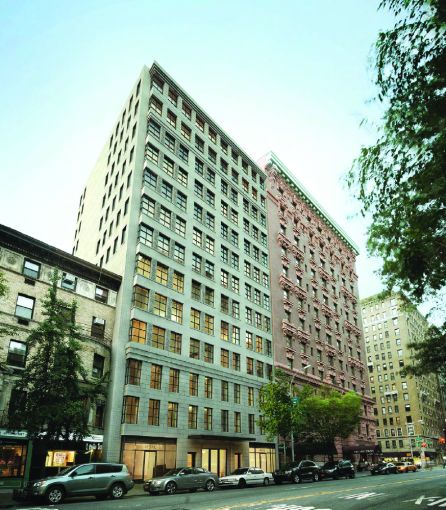 Bank of the Ozarks provided $66.6 million in debt for New York-based Anbau’s 71,000-square-foot condominium project at 207 West 79th Street on the Upper West Side, Commercial Observer can first report.

“This is going to be a great project for the Upper West Side, and we are excited to establish a relationship with Bank of the Ozarks,” said Arvind Bajaj, Anbau’s chief investment officer. “It was a real pleasure working with the Ozarks team.”

Eastern Consolidated negotiated the construction loan on behalf of the borrower. The brokerage’s Adam Hakim, James Murad, and Andrew Iadeluca worked on the transaction.

Anbau acquired the site between Amsterdam Avenue and Broadway in April 2015 for $39 million, city records indicate.

The residential developer plans on constructing 19 two- to five-bedroom units. Amenities will include a 24-hour doorman, a fitness center, a storage room, a bicycle room and children’s play area. There will also be 5,000 square feet of retail space on the ground floor. Morris Adjmi Architects has undertaken the design. The units will sell at an average of $2,729 per square foot.

“This is a rare opportunity for a developer to build in an area where condominium inventory has significantly declined over the last seven years,” Hakim said. “It is very unusual to be able to find attractive ground-up construction in a prime landmark historic district. There are major barriers to entry in this submarket.”

A representative for Bank of the Ozarks did not respond to a call for comment.