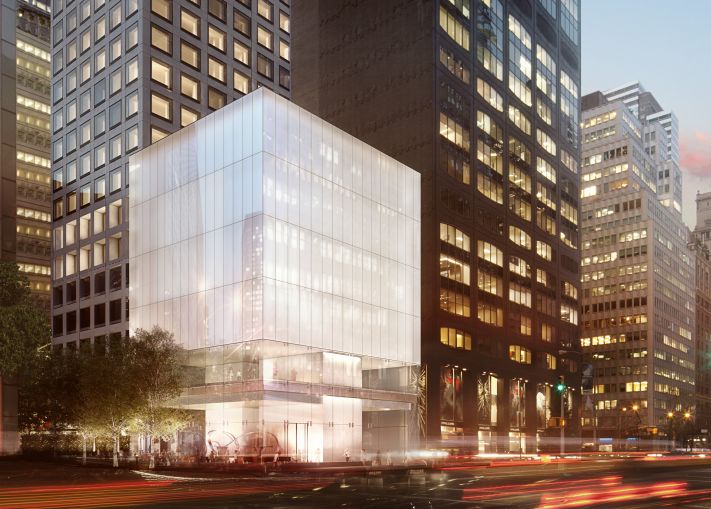 Macklowe Properties, led by developer Harry Macklowe, has closed on a $411.1 million purchase of the commercial condominium unit at 432 Park Avenue, from Los Angeles-based CIM Group, the project’s co-developer.

The sale of the commercial condo between East 56th and East 57th Streets, which is a mixture of space in the 1,400-foot high luxury residential condo tower and a separate six-story building adjacent to the tower, closed on June 20, according to city property records published today.

In May, Macklowe Properties revealed plans for the 130,000-square-foot commercial space, comprised of office and retail areas. Part of that is the illuminated Park Avenue Cube, the six-story glass structure on East 56th Street and Park Avenue, which features 13,200 square feet of retail on the first two floors and 70,400 square feet of office space on the remaining four floors above.

“At a quarter-of-a-mile tall, 432 Park Avenue changed the New York City skyline,” Macklowe said in a prepared statement when renderings of the commercial space were unveiled in May. “Now, with the 57th Street retail and boutique commercial space, and the landmark Park Avenue Cube, we’re changing the streetscape.”

The 432 Park Avenue residential tower, which has been in the works for about a decade, received its certificate of occupancy last November. The building is on the site of the former Drake Hotel at 440 Park Avenue.

Its 104 homes are already 75 percent spoken for, according to The Real Deal, which reported in May that a five-bedroom, seven-bathroom penthouse with an asking price of $76.5 million was in contract.

The tower is the tallest residential building in the Western Hemisphere at 96 stories and is primarily owned by CIM Group, which purchased the debt on the property after Macklowe Properties defaulted during the recession. Macklowe remained on as a minority developing partner of the project. Macklowe’s stakes in the tower and the six-story commercial condo (prior to the sale) weren’t immediately clear.

Macklowe Properties was reportedly going to buy the retail condo unit for $450 million in 2014, as The Real Deal reported at the time.

CIM Group did not immediately return a request for comment via a spokesman, and nor did Macklowe’s spokeswoman.