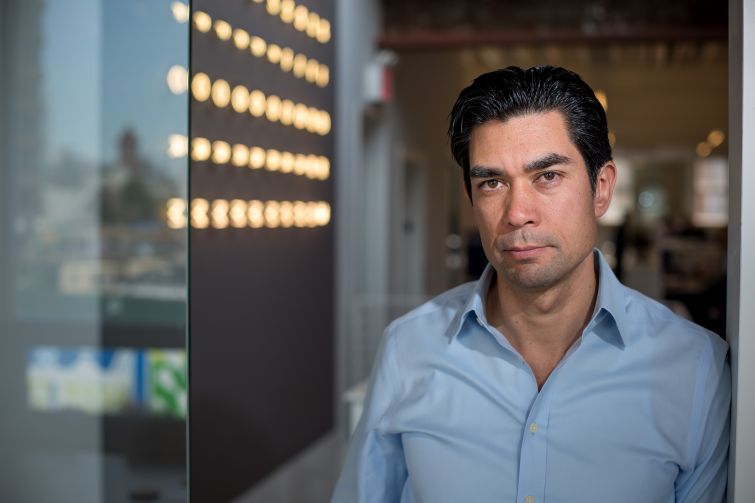 “Cool has become tangible now,” said Mr. Schubert, a partner at TerraCRG and its director of leasing, who has managed to link some extremely hip tenants to Brooklyn’s up-and-coming neighborhoods. “You are either cool or you are not. And if you are not cool, people will say you are not cool.”

In fact, cool surpasses practical. While 20 years ago “Putting a Starbucks or a Dunkin’ Donuts in most of these [Brooklyn] neighborhoods, you’d be thrilled. That is not what makes you money [today].”

Putting his finger on a cool tenant—one that appeals to the artisanal, esprit de hipster of Brooklyn—is the reason that RAL Companies, the developer of the 438-unit residential condominium One Brooklyn Bridge Park, hired Mr. Schubert to lease the 65,000 square feet of retail and office space at the building about a month ago.

“We interviewed quite a few folks,” Stuart Taft, a managing director at RAL, told Commercial Observer. “He understood the assignment without having to be told that we needed to develop more of a sense of community and create retail that make it a unique and interesting place to visit but also provide services better than telling you here is a major national player and I can bring them to the table.”

Before Mr. Schubert, 47, took over the assignment, three leases were already signed at the site. This includes a 5,000-square-foot deal for the operator of the planned One°15 Brooklyn Marina on the waterfront. The tenant will offer services and supplies for boaters at the location and will have a restaurant in the space as well.

Also, a 12,800-square-foot home furnishings store (for which Mr. Schubert would not release the name) and a 1,500-square-foot lease for Vendome Macaron, a boutique Brooklyn café, had inked leases at the property. The boutique pastry and coffee shop is moving from its 233 Smith Street address in Williamsburg.

For the remaining 40,000 square feet of space (half of which is second-floor office space), Mr. Schubert is targeting other local boutique retailers, such as a custom bicycle shop that also sells coffee. (Since the deal is pending, he couldn’t reveal the name yet. But, yes, this is a thing. Apparently there’s Chinatown’s Off the Bridge Coffee and Red Lantern Bicycles on Myrtle Avenue in Brooklyn.)

“They talked about Starbucks taking the corner, and we said, ‘Hold off,’ ” Mr. Schubert said. “We said you are going to change the whole feeling.”

Mr. Schubert and members of his team have been behind a long line of boutique retail deals throughout the borough. There are currently four members on the team, including Mr. Schubert. Within the last year they have completed 18 leases totaling 161,380 square feet. The firm is hoping to add another six to eight leasing agents in the next 18 months too, bringing his team count to more than 10.

He represented Brooklyn-based ice cream producer Ample Hills Creamery in a 10-year, 15,000-square-foot lease at 133 Beard Street in Red Hook in December last year, where it will have a production facility, a party venue and some retail presence.

Most recently, a TerraCRG team led by Mr. Schubert also completed a 550-square-foot deal for Brooklyn-born specialty pie shop Four & Twenty Blackbirds’ newest outpost at 634 Dean Street, which happens to be owned by TerraCRG. (Essentially, TerraCRG is the landlord and broker in the deal.) The bakery makes fresh $40 pies with organic ingredients, and the new store will open in July.

And Mr. Schubert understands Brooklyn companies’ desire to have unique branding and spaces as well. While many may be clamoring about Jamestown and Belvedere Capital’s 6-million-square-foot complex Industry City in Sunset Park, he knows that many smaller local businesses are hoping to avoid being forced to go there. In Industry City they can become lost in what is essentially a mall full of other unique retailers.

An example is Areaware, a designer of functional everyday objects, which Mr. Schubert brought to an industrial building at 267 Irving Avenue in Bushwick in December 2015. It moved into the entire 4,000-square-foot building, because the firm didn’t want to get mixed into Industry City and lose out on the chance to promote its own image.

“Industry City, as cool as it is, is not for everyone,” Mr. Schubert said. “For some people it’s great, but you do lose your identity there. If you want your own street-front presence, your own brand—to paint the building green if you want, or blue and green stripes—that’s the character that a lot of tenants need to have. Because at the end of the day if you are a creative type, you need to have some identity.”

Mr. Schubert wasn’t always in the real estate business. The San Francisco native obtained his master’s from the Wharton School of the University of Pennsylvania in 1999, where he also met his wife, and upon graduation he moved to New York City to be a banker.

He was vice president in equity research at the now defunct Bear Stearns. He left the company after the dot-com bubble, and for a change of pace, he joined Massey Knakal Realty Services (now Cushman & Wakefield)  selling commercial properties in Brooklyn in 2003.

In his fifth and final year with the firm he won the Real Estate Board of New York’s Most Promising Broker of the Year award. The day of the awards ceremony was also the day his wife gave birth to their second child in Lenox Hill Hospital. (He has two children, ages 8 and 10.) Less than two hours after his son was born that morning he rushed to the awards ceremony.

“Sometime after 11 a.m., my wife gave me the thumbs up, and I got dressed,” Mr. Schubert said.  At the speech, “I said ‘Forgive me if I’m not all there—my son was just born an hour ago.’ And I made a joke, and I said, ‘I told my wife please hurry up—I have a lunch appointment.’ ”

Mr. Schubert left Massey Knakal for the firm of French architect and designer Phillippe Starck in 2008. There he helped sell the Phillippe Starck name and branding to design luxury projects around the globe.

It was a fun and exciting job in which he witnessed some of the richest people flaunt their money in some of the coveted spots on the planet; once, when they completed a deal with a Jordanian developer, he flew to Dubai—just to sign the deal.

“It was really funny because the Jordanian guy, who looked like he just had his suit made in London, pulls out this enormous pen with gold tips to sign,” Mr. Schubert said. “My boss was wearing black jeans and a T-shirt with a blazer on top of it, and he pulls a pen that had the name of [our] hotel.”

He left Phillippe Starck after the recession began in 2009; by that time it was harder to sell branding rights at $2 million and $3 million each.

“When the market turned down, it was like the last thing you wanted to do,” Mr. Schubert said. “Trying to close those deals, when deals themselves weren’t happening, was very, very tough.”

That’s when Mr. Schubert made another change—this time finally into the world of leasing.

Joseph Moinian, the chief executive officer of The Moinian Group, called one day and asked him to do leasing for his company’s large portfolio. (The two became acquainted after Mr. Schubert won the REBNY award a few years back.) While Mr. Schubert had worked at Massey Knakal and understood the real estate industry very well, leasing was a new ball game, and Mr. Schubert hadn’t had one day of practice.

But he figured that it would give him a chance to learn something new, and it would be a more secure job to do leasing in-house at a company.

He managed leasing for Moinian’s 13-million-square-foot commercial portfolio from 2009 through 2012. A notable deal included representing Moinian in bringing ad agency Y&R from 285 Madison Avenue to a new 340,000-square-foot headquarters at 3 Columbus Circle in 2011.

He did a short stint at Transwestern in Manhattan after Moinian, before returning to Brooklyn at TerraCRG.

He kept in touch with TerraCRG Founder and CEO Ofer Cohen, who was a colleague at Massey Knakal, and decided to join the firm in 2014 to head the leasing division. And Mr. Cohen was beyond happy to have Mr. Schubert join the firm.

“It kind of felt like it was meant to be because it’s really, really hard to find senior brokers to lead a team and really understand the Brooklyn market,” Mr. Cohen said. “And on the other hand someone that has some institutional background. We were actually looking for that position for a very long time before Peter joined. It was a very, very tough search.”

Mr. Schubert’s team at TerraCRG is much smaller than C&W’s 40-member roster of agents, which C&W inherited when it acquired Massey Knakal in 2014.

And the competition is getting even stiffer as many other real estate firms have checked into Brooklyn, such as Newmark Grubb Knight Frank and ABS Real Estate Partners.

But because the firm is only in Brooklyn, Mr. Schubert believes it will still have the upper hand since Manhattan-based firm’s don’t know the lay of the land as well.

“If you are looking for space in Brooklyn, you can’t just go to CoStar [Group] and expect everything to be there,” Mr. Schubert said. “It’s just not there. Why? Because those landlords don’t have CoStar. So a Manhattan brokerage thinking, ‘Oh, yeah, we’ll find you space because we have CoStar too,’ that’ll get you maybe halfway there. We know where the properties are because we are here.”

Update: This article has been edited to reflect that Peter Schubert of TerraCRG took the One Brooklyn Bridge Park assignment after three tenants had been signed, not prior, as the broker had originally inferred.