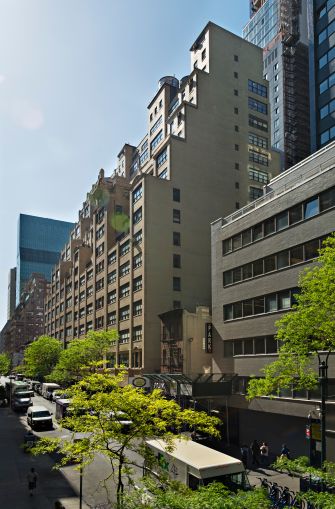 Meridian Capital Group announced today that its Institutional Investment Sales Group, led by Helen Hwang, has been tapped to sell 216 East 45th Street, a premier Manhattan office building located in the heart of Grand Central. Institutionally managed by current ownership for over 30 years, Bernstein Real Estate purchased the property in 2008 directly from the family who constructed the building in 1928. This represents the first time that this asset has ever formally been on the market.

Located on the south side of East 45th Street between Second and Third Avenues, the 17-story building is situated within a short walking distance from Grand Central Terminal and the United Nations, and is easily accessible from top residential neighborhoods. The property features all of the characteristics and physical attributes that are prized by today’s most discerning tenants, including boutique-sized floor plates, side core layout and exposed, high ceilings, which helped attract a well-diversified tenant roster. 216 East 45th Street also features two separate entrances, across nearly 130 feet of frontage, and multiple setbacks, which allow for tremendous light and air on all floors.

Given Grand Central’s consistently low vacancy rate and rapidly rising rents in nearby Midtown South, the neighborhood is expected to see a rise in office and retail rental rates. Additionally, Grand Central and Midtown East are on the brink of a major revitalization as a result of the area’s potential rezoning, MTA’s East Side Access and notable development nearby on Roosevelt Island and the Long Island City waterfront. 216 East 45th Street is ideally positioned to capitalize on the long-term and fundamental strength of what has historically been one of Manhattan’s top office markets.

Helen Hwang, senior executive managing director and head of institutional investment sales at Meridian can be reached at (212) 468-5930 or hhwang@meridiancapital.com.