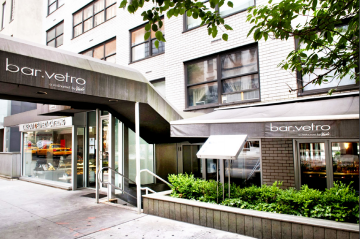 A company specializing in wedding and event planning, ViVa Events and Catering, will be filling a Midtown East space that was previously home to Italian bar and restaurant Bar Vetro. ViVa will be moving from its digs at 306 West 51st Street between Eighth and Ninth Avenues by July 1.

ViVa, which serves food prepared by Executive Chef George Lichvar, has signed a deal for 2,000 square feet in the lower level at 222 East 58th Street, Colby Swartz of Suzuki Capital, told Commercial Observer. The lease is for 10 years with a five-year extension option, Mr. Swartz said, and had an asking rent of $130 per square feet.

Mr. Swartz and his team—Dino Mouzakitis, Thomas Li and Sebastien Lindenmayer—represented the retail condominium owner, Brooklyn-based SSJL Holdings, in the deal. Danka Pinkos of Nest Seekers International worked on behalf of ViVa. She didn’t immediately respond to a request for comment and nor did anyone from ViVa.

SSJL bought the condo in December 2015 for $2.7 million, according to CoStar Group.

ViVa’s space is part of a 4,250-square-foot ground- and lower-level retail condo (1,850 square feet at grade and 2,400 below grade), which was entirely occupied by Bar Vetro, at the base of residential building Harridge House between Second and Third Avenues. Suzuki Capital has broken up the 4,250 square feet for multiple tenants. Terms are being negotiated for 650 square feet of it, leaving a 1,600-square-foot space available with an asking rent of $17,000 per month.