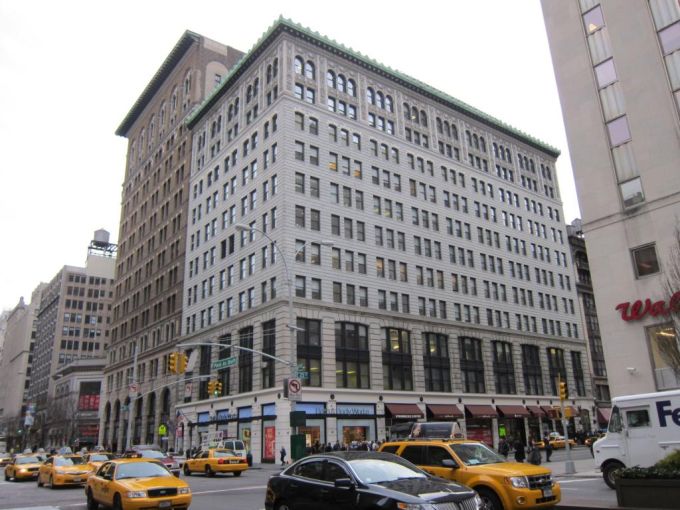 The firm, which boast such clients as New York Giants wide receiver Victor Cruz and Family Feud host Steve Harvey, will tack on the entire 10th floor of the building between East 22nd and East 23rd Streets. That floor equals 18,045 square feet, which gives the international agency a total of 112,623 square feet in the Flatiron District building. IMG’s U.S. headquarters are listed at 200 Fifth Avenue between West 23rd and West 24th Streets.

The lease is for 13 years, according to an SL Green spokeswoman, and the asking rent was $70 per square foot. IMG is slated to move into the 10th floor space at the start of next year, according to CoStar.

“We were delighted to again accommodate IMG’s rapid growth and look forward to meeting their needs within our expanding portfolio of Midtown South buildings,” said Steven Durels, SL Green’s head of leasing, in prepared remarks. “As Midtown South’s largest landlord we are uniquely capable of meeting the space needs of our tenants within such notable buildings as [1] Madison Avenue, 11 Madison Avenue and 635-41 Avenue of the Americas.”

This is the second time since the summer that the talent agency is expanding at the 215,000-square-foot building. In July, IMG inked a deal for 22,500 square feet—nabbing the full 11th floor and a piece of the second—to expand to roughly 96,000 square feet, as CO previously reported. The firm in 2013 expanded and renewed to 72,080 square feet at the building, extending its lease for 15 years.