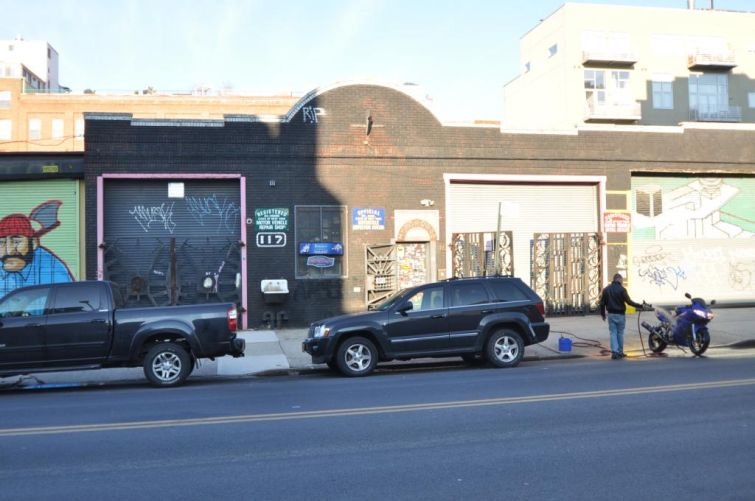 One of the Metropolitan Avenue lots where Hudson Companies, ABS Partners Real Estate executives and the Tristani brothers are erecting an 80/20 rental building. Lauren Elkies Schram

Wells Fargo has provided Hudson Companies and their partners with $47 million in state housing bonds to fund the construction of a 95-unit residential project in Williamsburg, a source with intimate knowledge of the deal told Commercial Observer. Less than $4 million of the $47 million was used to acquire the land, which consists of three sites including 125 Metropolitan Avenue.

Hudson and several executives at ABS Partners Real Estate paid $10 million to acquire a 50 percent stake in Nino and Anthony Tristani’s properties, according to the source and public records dated Oct. 7. The plan is for the new joint venture to erect two 80/20 rental apartment buildings at the vacant through-block site, which is also referred to as 94 North 3rd Street. Hudson will run all of the day-to-day development work, according to the source.

“The land is valued at $20 million,” that person said on the condition of anonymity. “[Hudson and ABS] paid some amount at the closing and some is equity [the Tristanis] contributed.”

The Tristani clan bought the three adjacent properties in 1985, property records indicate, and Anthony and Nino inherited them from Cosimo Tristani in 2013.

“125 Metropolitan is a great example of Hudson’s development wheelhouse,” Alison Novak, a principal at Hudson, told CO in an emailed statement. “We are in a joint venture with the landowners. We worked closely with two government agencies, HPD [New York City Department of Housing Preservation and Development] for the inclusionary housing, and HFA [New York State Housing Finance Agency] for the state housing bonds—and Wells Fargo to do a direct purchase deal, a complicated transaction.”

Steven Hornstock, a co-managing partner and director of investment sales at ABS, brought the partners together and is also one of the investors, the source said. Mr. Hornstock did not respond to requests for comment.

“We are building a mixed-income rental in a rapidly appreciating neighborhood, with prime retail,” Ms. Novak said, declining to provide any other details.

Including a 12,000-square-foot inclusionary housing bonus, the property will be comprised of 86,000 square feet above grade with 15,000 square feet of ground-floor retail, the source said. On one side, the structure will be six stories and on the other it will be seven stories, with a landscaped courtyard with gas grills between the two buildings.

Under the 80/20 Housing Program, 20 of the apartments will be affordable and 75 will be market-rate. Nearly half of the planned units are studios, while 30 percent are one-bedrooms and about 20 percent are two-bedrooms. The rents have yet to be determined.

The project, to be completed in fall 2017, qualifies for 25 years of 421a tax abatements which phase out over the last five years, the source said.

“The bonds themselves aren’t tax credits, but because of the bonds and 20 percent of the units being affordable to 60 percent Area Median Income, the project is eligible for 4 percent Low-Income Housing Tax Credits,” the source said. “Backed by Wells Fargo’s commitment to purchase the $47 million of bonds, HFA is lending the bond sale proceeds to Hudson’s joint venture as a construction loan. Wells Fargo is both purchaser and servicer.”

Marvel Architects was tapped to design the project, which was home to one-story industrial warehouse buildings until this May. Marvel’s marketing manager did not immediately respond to a request for comment.

Marian Zucker, the president of the office of finance and development for New York State Homes and Community Renewal (the umbrella organization for HFA), and Anna Belobrovka, an assistant vice president of the commercial real estate group at Wells Fargo, did not return requests for comments.