Michael Shah: The Art of the Del 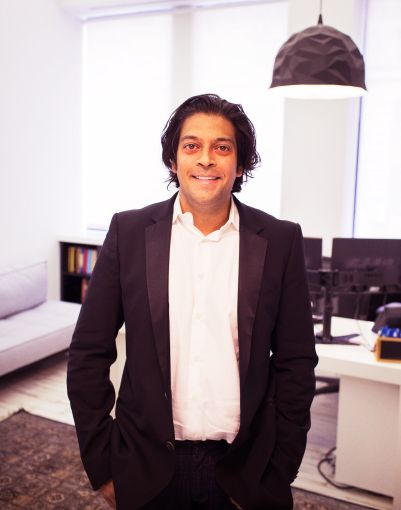 “Bruce Wasserstein was taking Lazard public,” he remembers, adding that Wachtell represented Mr. Wasserstein. “I worked on three parts of the deal, and spent six or seven months, seven days a week, doing it from 10 a.m. until 4 a.m. each day. Once that ended, and before I started something else, I got out. I did not like working at a law firm. It was terrible; the hours were awful, I had no fun.”

That was in 2005. After leaving Wachtell, Mr. Shah, now 37, devoted the next half-year to a rager, getting corporate law out of his system. He partied hard and spent late nights at joints like Bungalow 8, Cain and Marquee.

“I pretty much went up and down West 27th Street,” he says with some pride. Six months after that, Mr. Shah began to feel pressed for money. He figured he’d find a job with a hedge fund. Then came the real estate deal that changed his life.

“My parents had been investing in affordable housing since the 1990s,” remembers Mr. Shah, sitting at a conference table in the East 13th Street office of his firm, DelShah Capital. Looking newly buff (thanks to daily high-intensity workouts with the trainer Hamid Castro), dressed in jeans and wearing a T-shirt fronted by a skull with Converse sneaker soles for eyes, he continues, “Over the years, I had assisted my parents with the legal and financial sides, figuring out what buildings were worth. Brokers regularly sent them information on properties to consider. I saw one that looked good for me. It was an affordable housing building in the Bronx. I knew I could make 150 grand a year from it without doing much.” The building cost $6 million to purchase. He got in using his own savings and a small loan from his parents. The lax borrowing conditions of that pre-financial crisis era didn’t hurt, either.

Over the last 10 years, Mr. Shah parlayed that initial investment into a burgeoning real estate empire that he says is worth $500 million, half of which is mortgaged. He developed a gamut of projects including commercial, rental and condominium, working in every one of the city’s boroughs. His latest to sell out, bought out of foreclosure, is 22 Renwick Street, a Philip Johnson and Alan Ritchie-designed 19-unit luxury building known as Renwick Modern, in western Soho’s Hudson Square. It is all but spoken for, with Million Dollar Listing regular, Ryan Serhant, heading up the sales effort and taking a $3.7 million penthouse for himself.

“Shah convinced me to buy it,” says Mr. Serhant. “Even though I currently have no need for three bedrooms and two terraces, I figure I’ll grow into it.” (Indeed, you can catch Mr. Shah on the June 3rd episode of Million Dollar Listing.)

But, right now, he’s most excited about the building that represents his entry into Brooklyn’s high-end rental market. Situated at 22 Chapel Street, near the Manhattan Bridge, it will stand 19- to 25-stories high, designed by CetraRuddy and promises to be his first building to impact a skyline. Mr. Shah says it will be visible from Lower Manhattan. Top units promise to provide killer views of the city.

Though Mr. Shah has been Manhattan-focused for the last few years, this project across the river was too alluring to pass up.

“Right now, it is a two-story building owned by a not-for-profit that does addiction treatment and counseling,” he says. “They wanted a developer to come in, design a rental building, build the building and finance the building while they provide the land.” Mr. Shah expects studios to go for $2,000 per month. His partners will use their share of the revenues to further drug rehab efforts at another location. “I would not have done a random project in Brooklyn but this was a great deal. Normally you buy land and pay interest for a year. Now we have no interest, we can do our plans, get our approval and get the building up by the end of 2018. The Brooklyn market has come a long way, and it’s overheated now. But because we agreed on the land value two years ago, this became an even better deal.”

It also sounds like one of the cleaner, simpler propositions that Mr. Shah has gotten involved with.

“Michael is innovative in how he tries to add value to real estate,” says John DiCrocco, senior vice president of the New York office at Berkadia Commercial Mortgage, a lender to Mr. Shah. “At 58 Ninth Avenue [the building where Pop Burger used to be] the previous owners had a basement partially uncovered. Michael figured out how to increase the basement space [to the full footprint of the building]. It will be leased for a significant amount. He’s identified air rights where no one else could figure it out, found tax abatements, [done] the digging and reading that not everyone is willing to do.”

In the case of Ninth Avenue, Mr. Shah says, “The excavated basement and ground floor will be a flagship for Free People, a brand of Urban Outfitters. The top three floors will have a nice two-bedroom, two-bath rental apartment on each floor. I bought the building for $18.2 million, plan on putting $2 or $3 million in, spent two years waiting for the right retail tenant and will end up with it being worth $40 million.”

Overall, he’s made his money by not shying away from tricky situations that ooze conflict. When it came to affordable housing—which he finds considerably less interesting these days—Mr. Shah sought buildings that were being inefficiently managed and had corners that could be cut. When he got into buying rent-stabilized buildings, he spent two years becoming an expert on rent stabilization laws and the fine points of buying out existing tenants. “The game,” he says, “is giving them money to leave.”

Then there was a failed condo conversion at 90th Street and First Avenue. That building came loaded with non-regulated rental tenants. As leases expired, he kicked out tenants, renovated units and succeeded where the previous owner had failed. “I bought it at rental-building value and sold it as a condo, which gave me a big spread,” says Mr. Shah. “I made my first million with that building. I was 30 or 31 at the time and thought I was late. I should have written an app.”

Maybe so. But his equivalent of a bull market came, perhaps ironically, when the financial crisis began taking a toll on other real estate investors around town.

“The best thing that happened to me was the credit crunch and the recession,” he casually states. “I had affordable housing and there were all kinds of government programs that supported borrowing against affordable housing. I recapped my portfolio of five to 10 buildings at the time and pulled out $10 million.”

Then he started buying ugly real estate debt from regional banks: underwater properties in Manhattan, a building in Brooklyn, a condo in Queens.

“I’d buy the defaulted mortgages and would then have to deal with the person who still owns the building,” remembers Mr. Shah whose sharp elbows and law degree came in handy. “You either get the person to walk away or finish the foreclosure. In New York [State], a foreclosure takes 18 months to two years and banks don’t want to deal with them. After buying the paper for less than what I thought the buildings were worth, I used litigation and complex-situation negotiations to get to the keys of these buildings.”

In the Meatpacking District, he stepped into the middle of a father/son family feud and withstood four lawsuits from the son. “He lost each time,” Mr. Shah says with a pinch of salt. “It was kind of sad.”

He bought a half-done condo in Flushing in 2010 and finished it off. Meanwhile, the building in Hudson Square was 70 percent complete, with the lender out of business and the partners embroiled in litigation. “It was a big shit show,” he says. “So I bought the debt and finished the building.” But he enjoys a shit show, he admits. “I look for messy situations,” he says.

One of his biggest scores from that era is a rental building at 126th Street and Lenox Avenue in Harlem. When Mr. Shah came in, three partners were suing one another. He bought the senior debt for $5.5 million, bought out the other two people for $100,000 each, and spent $800,000 renovating the place. That was in early 2011. Now, with Red Rooster across the street and Whole Foods opening a block away, Mr. Shah is putting the building on the market for $25 million via investment sales brokerage Meridian Investment Sales.

That move is reflective of where he’s at these days. As a developer who made his bones when the markets tanked, Mr. Shah is particularly sensitive to the cyclical nature of real estate. “Right now we’re seven years from the last peak,” he says. “Things are going crazy, going up and they can’t keep doing that.” He feels that the most recent real estate joy ride is running out of gas. For that reason, he says, he’s selling anything he doesn’t want to hang onto until the next peak and doing construction on property that he already owns.

“We’ll see what happens … but right now I am being selective, sitting on a lot of cash and waiting for the next correction.”

Correction: A previous version of this story gave the incorrect price for Mr. Serhant’s home at 22 Renwick Street. The cost was $3.7 million, not $3.27 million.